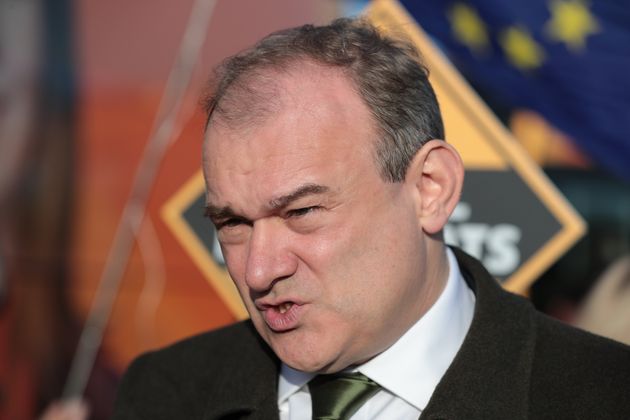 Sir Ed Davey has been elected as the fifth Liberal Democrat leader in as many years.

The result was announced at a virtual event in central London due to ongoing coronavirus restrictions.

The Liberal Democrats won just 11 seats last year. An internal inquiry into the party’s poor performance likened the campaign to a “high-speed car crash”, and the new leader will be aiming to turn the party’s fortunes around.

Speaking at the result declaration, Davey said: “I’m determined our party backs a Britain that works with other countries across the world for peace and prosperity.

“But it is my love of our party that makes me recognise that we have to change.

“We have to wake up and smell the coffee. Nationally, our party has lost touch with too many voters.

“Yes, we are powerful advocates locally. Our campaigners listen to local people, work hard for communities and deliver results.

“But at the national level, we have to face the facts of three disappointing general election results.

“Nationally, voters have been sending us a message. But we have not been listening.

“It is time for us to start listening. As leader I am telling you: I have got that message. I am listening now.”

At a Lib Dem hustings chaired by HuffPost UK’s Ned Simons on Friday, Davey promised he would promote Moran if he was crowned leader.

The Kingston and Surbiton MP is an experienced politician and former cabinet minister who entered the Commons in 1997.

He was a business minister under former Liberal Democrat leader Nick Clegg during the coalition years, and then moved to the job of energy secretary in 2012.

Davey has temporarily co-led the party with Lib Dem peer Baroness Sal Brinton since Swinson stepped down in 2019.

As the months-long contest drew to a close, with voting finishing at 1pm on Wednesday, Davey said: “The next leader faces a huge job to rebuild the party, take on the Conservatives and get the party winning nationally again.

“This contest has put both candidates through our paces and made sure that the victor is battle-tested for this tough job ahead.”

He beat the challenge of Oxford West and Abingdon MP Moran, who entered the Commons in 2017.

Liberal Democrat members had been able to vote for their preferred leader from July 30.