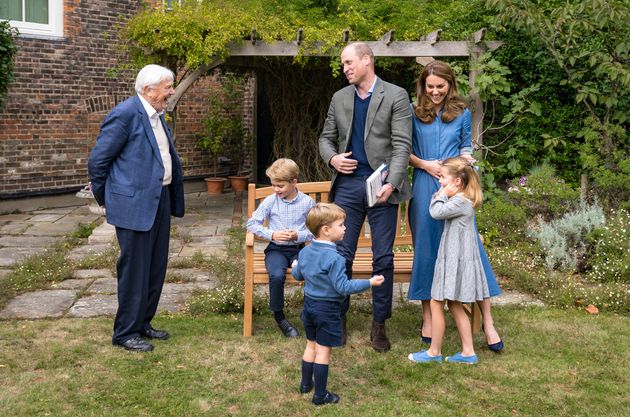 The young prince was photographed looking intrigued as he handled the fossilised tooth from an extinct Carcharocles megalodon – one of the most feared predators to have swum in the seas.

Attenborough presented his gift after he attended a private viewing of his new environmental documentary with the Duke of Cambridge – held in the palace’s grounds.

William and the veteran broadcaster watched A Life On Our Planet, a revealing and powerful first-hand account in which Attenborough reflects on both the defining moments of his life as a naturalist and the devastating changes he has witnessed. 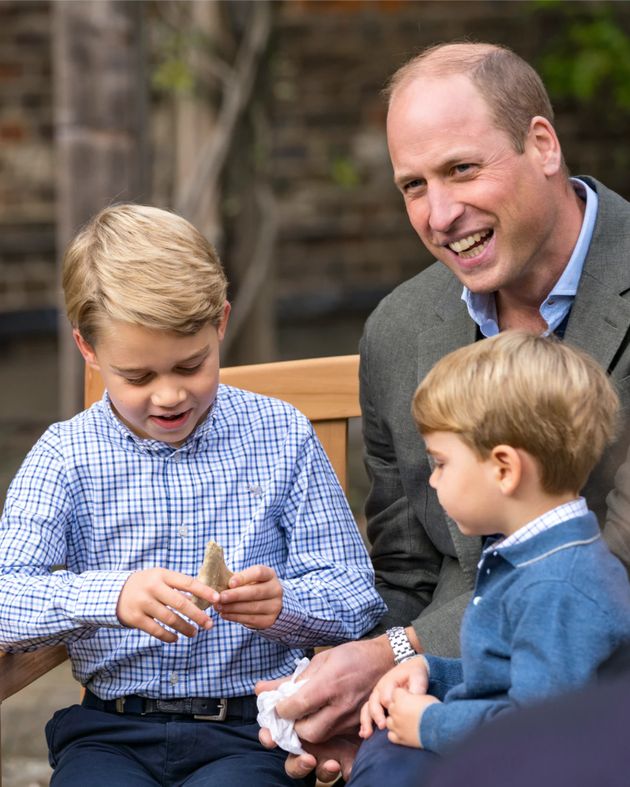 Socially distanced in the open air, the Duke of Cambridge and Attenborough were offered directors’ chairs with their names printed on the back – but in a change of plan they sat in each other’s seats.

The 94-year-old broadcaster chatted to William, Kate and their three children George, Princess Charlotte and Prince Louis after the screening on Thursday.

William interviewed Attenborough at the World Economic Forum in Davos, Switzerland, last year, and during the discussion the broadcaster warned that humanity needed to act so that they did not “annihilate part of the natural world”.

With a shared passion for protecting the natural world, the men continue to support each other in their mission to tackle some of the biggest environmental challenges the planet faces.

Further details about the prize are expected in the coming weeks.

The giant shark tooth given to George was found by Attenborough during a family holiday to Malta in the late 1960s.

It was embedded in the island’s soft yellow limestone, which was laid down during the Miocene period some 23 million years ago.

Carcharocles megalodon is believed to have grown to 15 metres in length, which is about twice the length of the great white shark.

David Attenborough: A Life On Our Planet premieres in cinemas on Monday and will launch on Netflix on October 4. An accompanying book is published on October 1.