It would be “simplistic” to blame the Eat Out To Help Out scheme for the resurgence of Covid-19 in the UK, Rishi Sunak has said.

But the chancellor, whose cut-price meals plan saw people flood into restaurants over the summer, refused to say whether ministers explored what impact it would have on people’s behaviour.

The programme was aimed at swerving job losses in pubs and restaurants, which were forced to close when Boris Johnson imposed lockdown in March.

But some scientists have claimed people rushing out to take advantage of the scheme could be linked to the second spike in positive cases that the country is seeing.

Speaking at a press conference on Thursday, Sunak said the UK was “following similar paths to other countries in Europe”, such as France, Spain and Belgium, who are all battling an uptick in coronavirus cases.

Asked added: “I think it’s probably simplistic to look at any one thing. What’s happening here is similar to what’s happening in many other countries, and of course, there are lots of things going on at the same time.

“Towards the last few weeks, and as we get into a season for respiratory illnesses, there’s going to be lots of different factors at play as to why the virus is acting in the way that it is.” 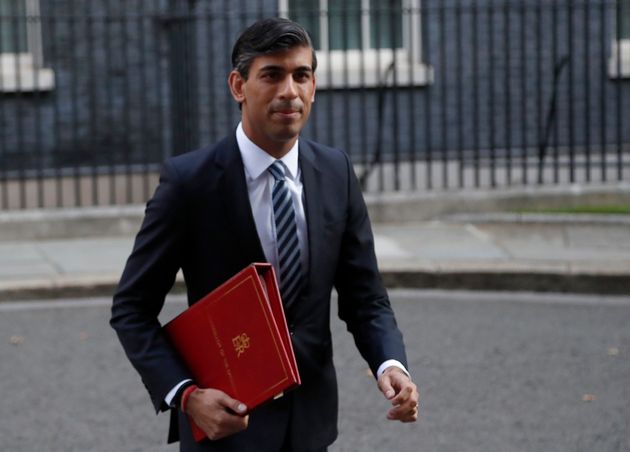 Asked about whether the government commissioned or was presented with behaviour modelling which could have predicted the impact Eat Out To Help Out risked, Sunak did not answer.

He went on to say it was right that the government should “strive for normalcy” amid the pandemic.

He said: “But more broadly, I don’t think it’s the wrong thing for the government or indeed people to want to try and get their lives back to normal.

“I said in the summer that we’ll have to learn to live with the uncertainty of the moment and that’s what we will all have to do.”

Sunak today unveiled a new job support scheme aimed at protecting “viable” roles rather than all posts which have been kept going as a result of state support under the furlough programme.

Under the terms of the new scheme, the government will top up the wages of people working at least a third of their normal hours, with companies which did not take part in the furlough scheme allowed to apply.