Matt Hancock has been told it is “no good” blaming members of the public for problems with the UK’s coronavirus testing system.

The health secretary said on Thursday too many people who did not have symptoms were asking for tests and using them up.

“If you do not have symptoms and haven’t been asked then you are not eligible for a test,” he told MPs.

“It is important that people who are not eligible do not come forward for those tests because otherwise you’re taking a test away from somebody who has symptoms.”

But Greg Clark, the Tory chair of the Commons science committee, told Hancock to “get a grip”.

The former cabinet minister said the health secretary “must accept that there is a problem here”.

“Constituents of mine in Kent this week displaying symptoms were advised to go for tests to Bude in Cornwall and Galashiels in Scotland,” he said.

“This is in a mild September before the autumn and winter when people have coughs and colds that may look like symptoms of Covid.

“And it is no good blaming people who are asymptomatic – I’d be interested to see if the secretary of state could say what percentage of people are turning up for testing that don’t have symptoms.” 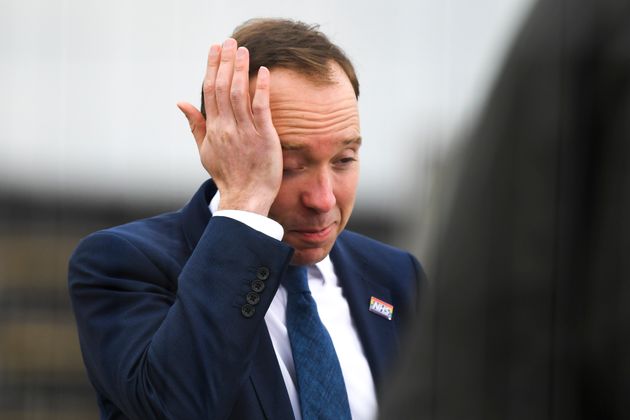 Clark, who served as business secretary and communities secretary under Theresa May, said: “I think this needs his personal grip. He referred to the need for him to increase testing capacity from 1,000 a day to 100,000 a day.

“This is an urgent matter, it needs a grip before the autumn bites, the autumn-winter bites. Will he commit by the end of the month to make sure anyone who has symptoms of Covid can get a test at a reasonable place, convenient to their home?”

Hancock was speaking shortly after new figures revealed the NHS Test and Trace programme posted its worst ever figures for contact tracing.

For the programme to be effective, 80% of “close contacts” of people with Covid reached by the system to be identified and then told to self-isolate.

But figures showed for the latest weekly update that just 69.2% of people were reached.

The government has pinned its hopes on a “moonshot” programme of mass testing.

Leaked documents seen by the BMJ medical journal suggested the project could have a price tag of £100 billion – close to that of the £114 billion budget given to NHS England in 2018/19.