Rihanna has issued an apology after coming under fire over the inclusion of an Islamic Hadith in her recent Savage X Fenty fashion show.

In the last few days, the singer has faced a backlash from some critics over a moment in the show which saw models – including RuPaul’s Drag Race queens Shea Couleé and Gigi Goode – walking the runway in lingerie, accompanied by a remixed recitation of a Hadith, which are texts from the teachings of the Prophet Muhammad.

rihanna has used music where a hadith is being used as lyrics for her fenty LINGERIE show. this is very disrespectful and should be apologised for. if this was a bible verse the world would have erupted. please share pic.twitter.com/wAiyLQuNCT

The track was created by British producer Coucou Chloe, with the Hadith in question referring to “the signs of the Judgment Day and the end of times”, according to NME.

On Tuesday, the singer posted an apology on her Instagram story, writing: “I’d like to thank the Muslim community for pointing out a huge oversight that was unintentionally offensive in our Savage X Genty show.

“I would more importantly like to apologise to you for this honest, yet careless, mistake.” 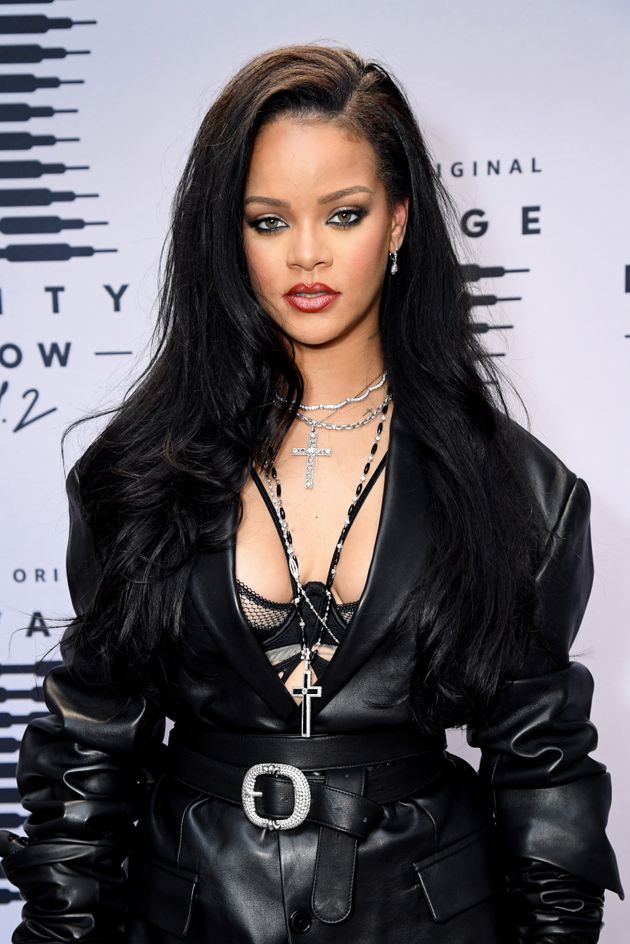 She continued: “We understand that we have hurt many of our Muslim brothes and sisters, and I’m incredibly disheartened by this! I do not play with any kind of disrespect toward God or any religion and therefore the use of the song in our project was completely irresponsible!

“Moving forward we will make sure nothing like this ever happens again. Thank you for your forgiveness and understanding, Rih.” 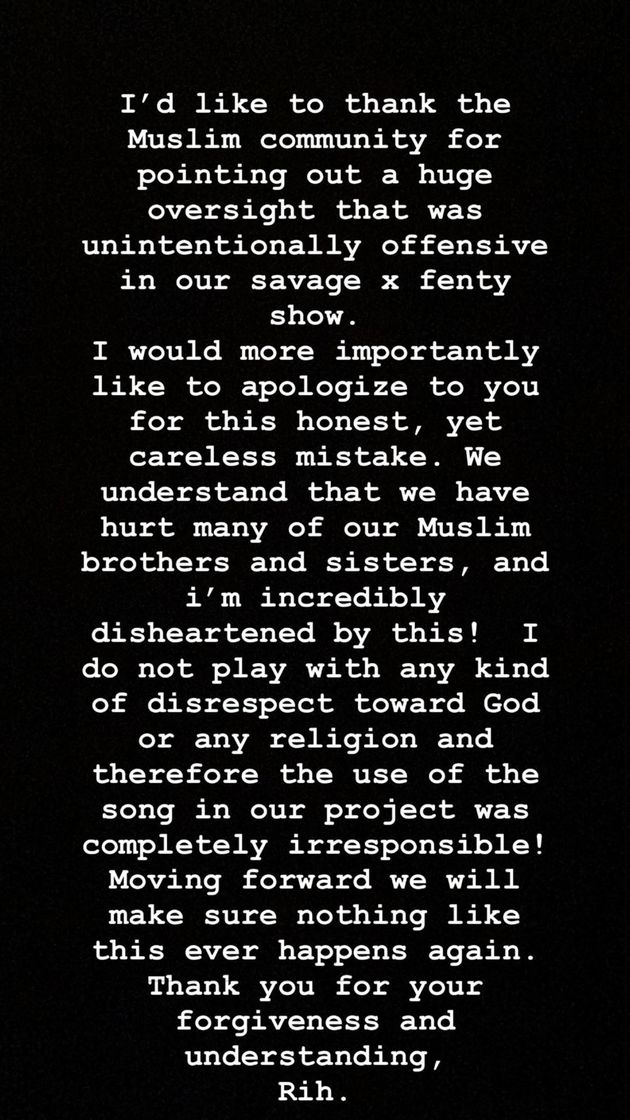 Despite the controversy, Rihanna’s second Savage X Fenty show – which is available to watch on Amazon Prime – largely won praise over its inclusive approach to lingerie modelling.