Putin Could Still Help Trump In The US Election. Here's What We Know - Rugby and Daventry Radio Station Midlands UK 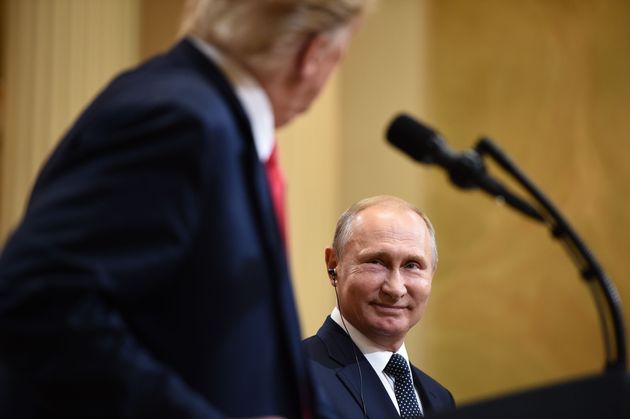 With just three weeks before the US election, one major question remains unanswered: What does Russian dictator Vladimir Putin have up his sleeve to help President Donald Trump?

“I don’t think they want to miss this opportunity, to poke the United States one more time,” said Miles Taylor, once the chief of staff at Trump’s Department of Homeland Security and now a fierce Trump critic.

What’s unclear is if that is the extent of the effort, or if something else is in the works for the campaign’s closing days. Four years ago, Russia was releasing emails stolen from Democrat Hillary Clinton’s campaign on a daily basis through its ally, WikiLeaks, and Trump was citing them at his rallies as proof of his opponent’s “corruption.”

“We love WikiLeaks,” he said repeatedly. 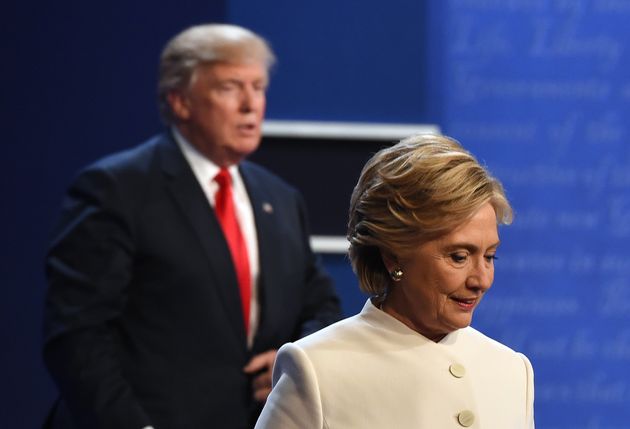 Taylor said that campaigns have gotten more careful about online security since 2016, but that it was possible Russia still plans some type of propaganda dump targeting Biden in the coming weeks. He said Putin could also be planning something to disrupt the election itself – sabotaging key polling places in swing states, or taking down the power grid in a major city – although something that dramatic was less likely.

More important, Taylor said, is Trump’s attitude toward Putin. “There’s a concern that the president is passively welcoming that assistance from the Russians.”

Trump has been open to foreign help before

Trump has over the past four years repeatedly shown his willingness to receive foreign help to win and his unwillingness to tell Putin to stay out of US elections.

In 2018, Trump refused to warn Putin against interfering in the midterm elections, even though his top national security officials were asking him to do so. “He failed to do it. He actively declined,” Taylor said.

And in 2019, Trump tried to extort Ukraine’s new president into smearing Biden – the Democrat he feared most as a 2020 opponent – based on a conspiracy theory being pushed by Russian intelligence. Trump wound up getting impeached for his actions, but all save one Republican senator voted to acquit him, letting him remain in office.

An official at the Russian embassy in Washington denied that the country’s government had helped Trump in 2016, and claimed it was the US that was interfering with Russia. “The time has come to stop poisoning the atmosphere of relations with baseless allegations,” the official said.

As Joe Biden has said for months, it is absolutely clear who Vladimir Putin wants to win this election — because Donald Trump’s foreign policy has been a gift to the KremlinAndrew Bates, a spokesman for Biden’s presidential campaign.

The White House did not respond to queries on the matter, continuing a pattern that began in 2017. No White House or Trump campaign official has ever provided an answer as to why Trump accepted Russian help, knowing that it was Russian help, with the exception of his personal lawyer, Rudy Giuliani. He told HuffPost in 2018 that the stolen emails that Trump touted daily from October 10 through 2016′s Election Day were “sort of like a gift.”

One National Security Council official, who would speak only on condition of anonymity to defend Trump, said: “As the president has said, the United States will not tolerate foreign interference in our electoral processes and will respond to malicious foreign threats that target our democratic institutions.” The official claimed that Trump had said this during a March 2018 news conference.

However, a review of Trump’s news conferences that month found only one in which Trump addressed the issue, on March 6 during a joint appearance with Sweden’s prime minister. Asked whether he was worried about Russia interfering in the coming midterms, Trump answered: “No, because we’ll counteract whatever they do. We’ll counteract it very strongly. And we are having strong backup systems.”

Russians tried to meddle in the midterms

Two months later, after the intelligence community found evidence that Russia was, in fact, trying to interfere in the November vote, national security officials urged Trump to specifically tell Russia to back off or face consequences. Not only did he refuse to do so, but he did the exact opposite in July, at a news conference in Helsinki standing beside Putin himself.

Asked whether he believed his intelligence community about Putin’s 2016 involvement in his own election or Putin’s denials, Trump sided with Putin. “President Putin was extremely strong and powerful in his denial today,” he said.

The Russians did wind up trying to interfere in the 2018 election against candidates it deemed unfriendly, leading to officials in the national security agencies – sometimes under the radar of the White House – to take action on their own, Taylor said.

Sanctions were imposed by the Treasury Department in September 2019 against the operators of the “troll factory” that worked to influence the 2018 election. On one occasion, sanctions against Russians received Trump’s sign-off after a document that required his signature was inserted into a larger stack of paperwork he had to sign, Taylor said.

The Treasury Department more recently sanctioned a Ukrainian lawmaker who had been working with Giuliani to spread unsubstantiated corruption allegations against Biden, describing Andrii Derkach as a Russian intelligence operative. Those claims had been the basis of Trump’s own groundless allegations against Biden, the pursuit of which ultimately led to his impeachment.

“This president is even giving Russia impunity for offering bounties to terrorists for murdering American troops,” said Biden campaign spokesman Andrew Bates. “As Joe Biden has said for months, it is absolutely clear who Vladimir Putin wants to win this election – because Donald Trump’s foreign policy has been a gift to the Kremlin.”

Rugby and Daventry Radio Station Midlands UK > News > National And International News > Huffpost > Putin Could Still Help Trump In The US Election. Here’s What We Know