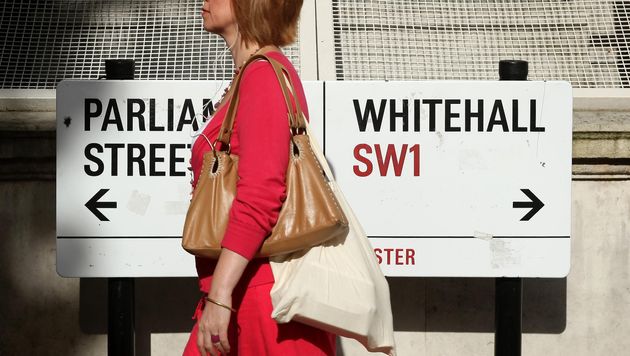 Prompts for civil service bosses to get the vast majority of staff back into the office have been labelled “virtue signalling” by a union chief.

Outgoing Cabinet secretary Sir Mark Sedwill, in a letter seen by the PA news agency, has written to the permanent secretaries of government departments calling on them to bring as much as 80% of public sector staff back into the workplace.

Sedwill, in the note dated September 3, said Boris Johnson had asked to be personally involved in the back-to-work drive and wanted to see departmental figures on a “weekly basis” following Cabinet agreement that increasing office numbers would be “hugely beneficial for our workforce”.

Downing Street this week denied the existence of a “back-to-work” campaign but Sedwill’s letter is yet further evidence that ministers fear huge job losses in town and city centre shops and cafes if workers do not return to their pre-lockdown commuter patterns soon.

The PM is keen for the public sector to lead from the front on the return to work and has even reportedly told Tory MPs he wants the Commons “back to normal” by Christmas.

Sedwill said departments which were below their coronavirus staffing constraints “should now move quickly to seek to bring more staff back into the office in a Covid-secure way”.

He wrote: “We are now strongly encouraging an increased workplace attendance through staff rota systems, with our aim by the end of September to enable 80% of staff to attend their usual workplace each week, for example 20% for five days, 30% for three days and 30% for two days, with the balance attending only occasionally for now.”

But Dave Penman, general secretary of the FDA, a union representing civil servants, said such targets would be difficult to achieve.

He said office use in Whitehall was already “oversubscribed” even before Covid restrictions were introduced.

Workplace guidance includes introducing one-way systems, staggered shift times and limiting the number of colleagues that staff members are exposed to in order to prevent the spread of the virus.

Speaking to BBC Radio 4’s Today programme, Penman said: “There are two fundamental problems with this approach from the government.

“One is its practicality – government offices have a capacity of a maximum of around 50% because of the Covid restrictions.

“In a lift, for example, you can have a maximum of two in offices of thousands of people.”

Penman argued the civil service had worked “effectively” since the pandemic started, dealing with the increased demand for Universal Credit and starting the furlough programme from the ground up, all with staff being 95% home-based.

He added: “It is quite clear from the letter that has been sent out, this is really about virtue signalling to the private sector that has already moved on.

“You’re not telling me that the big financial houses in the City of London would be having their staff working remotely if it wasn’t working effectively for them.”

Figures published on Friday suggest employees are beginning to curtail their work from home habits.

According to the latest data from the Office for National Statistics (ONS), there has been an increase in people travelling to work in the last two months, with fewer working exclusively from home.

The ONS said 57% of working adults reported that they had travelled to work – either exclusively or in combination with working from home – in the past seven days, while 20% had worked solely from home.

The findings show an increase from the results of an ONS survey in the last week of June when 49% of working adults said they had travelled in to work, and 29% said they had worked exclusively at home.

The latest statistics are based on survey responses from 1,644 adults in Britain between August 26 and 30.

Transport for London has also recorded more passengers using both the Tube and buses throughout the week.