Protesters clashed with police on Saturday as hundreds marched though Bristol to oppose England’s second lockdown and ongoing Covid restrictions.

Despite orders from police to cancel the protest, Stand Up Bristol pressed ahead with the event with a large crowd gathering in the city centre at noon.

At the time of writing, Avon and Somerset Constabulary had arrested 14 throughout the course of the afternoon, writing on Twitter: “We recognise the right to freedom of expression but protests aren’t currently allowed. 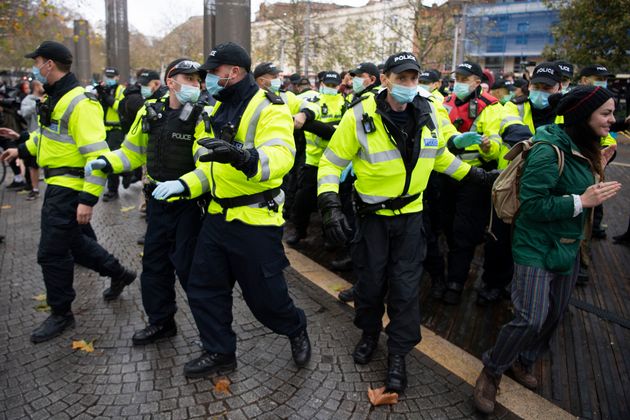 “Covid-19 is deadly and the restrictions are in place to prevent its spread.

“We continue to urge people to go home.”

BBC News reported that at least one of the arrests was due to an individual assaulting the police, and Bristol Live reported that Piers Corbyn, brother of the former Labour leader, was spoken to by police and may have been arrested.

A small number of protesters were seen throwing bottles at officers, with chants of “shame on you” heard as arrests were made. 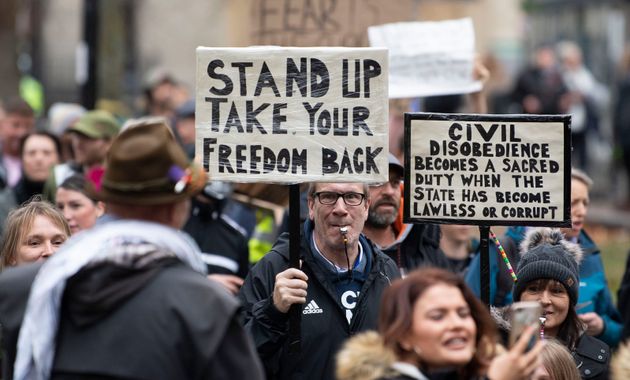 In previous lockdowns the right to protest has been protected, with Black Lives Matter protests and other anti-lockdown demonstrations taking place over the summer, but under England’s current rules protests of more than two people are forbidden.

Ahead of the protest chief inspector Mark Runacres said: “We fully recognise the important right to freedom of expression and right to assemble but there is a deadly virus which has killed more than 50,000 people in the UK which simply cannot be ignored. 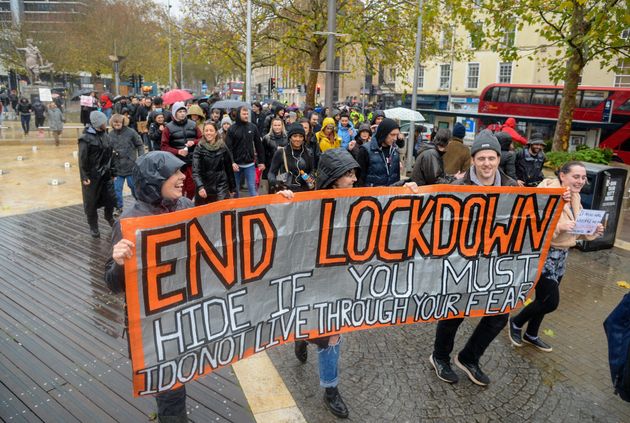 “The government has passed legislation for a reason which is to prevent further loss of life and we have a legal and moral duty to uphold these laws.”

He added: “We will not stand by and allow a small minority to endanger the health of the vast majority who have sacrificed so much to protect others.” 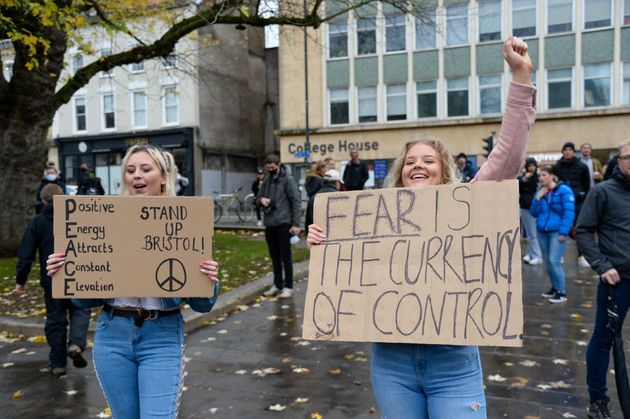 Bristol mayor Marvin Rees also commented prior to the demonstration, adding: “Everyone should be following the current public health advice in relation to the Covid-19 pandemic while adhering to the current rules in place around lockdown.

“While lockdown is a difficult period for everyone, the guidance and rules are in place for a good reason, to continue to protect public health and we would urge those considering protests to find other safer ways to make their voices heard.” 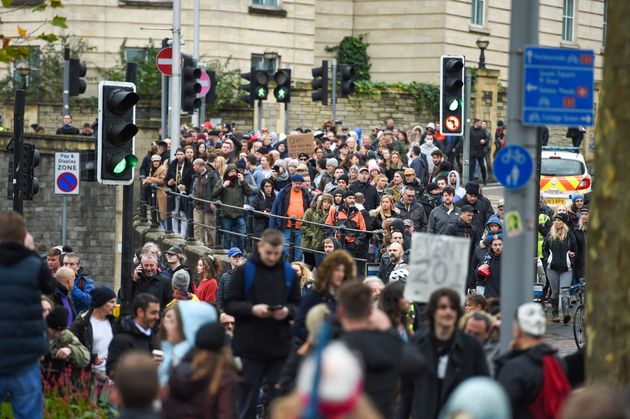 5,000 Extra Deaths From Heart Disease Recorded Since Start Of Pandemic