The Duke of Cambridge has spoken about how the dire threat to the natural world has affected his seven-year-old son Prince George.

William admitted the young royal was left so saddened by a Sir David Attenborough documentary about extinction, he told his father: “I don’t want to watch this any more.”

In an interview to mark the launch of his environmental Earthshot Prize, William said he was “struggling to keep the optimism levels going” with his children and worried they would soon realise the true predicament of the planet.

Speaking to Sky News, the future king said the same commitment to tackling coronavirus should be shown towards saving the natural world, adding: “We found over £190bn worth to fix and help the recovery through Covid.

“We can do the same for the environment.” 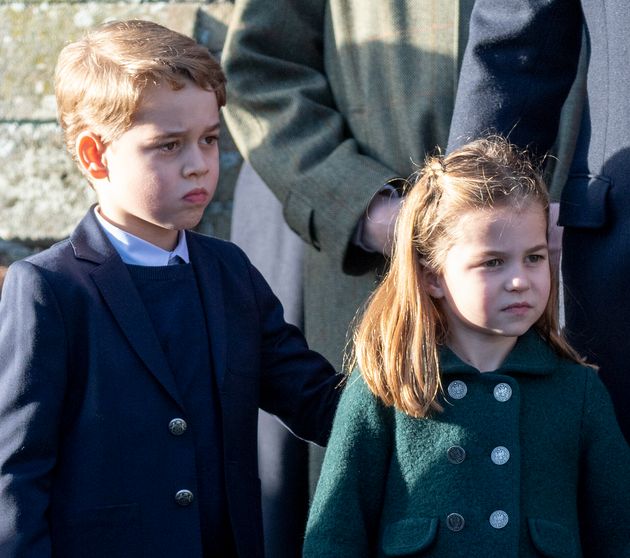 When asked about the importance of optimism and whether he tried to bring it into discussions with his family, the duke replied: “I think to be perfectly honest I’m struggling to keep the optimism levels going with my own children, and that’s really kind of like… an understanding moment.

“Where you kind of look at yourself and go ‘am I doing enough on this, are we really at this stage in life when I can’t be hugely optimistic and pleased that my children are getting so into nature’.

“Because you kind of worry and dread they’re soon going to realise that we are in a very, very dangerous and difficult time in the environment and that as a parent, you feel you’re letting them down immediately.”

William went on to say how his children were fans of Sir David Attenborough’s nature documentaries but that the stark reality could get too much for George.

He said: “The most recent one – the extinction one – actually George and I had to turn it off, we got so sad about it halfway through. He said to me ‘you know I don’t want to watch this anymore’.

Sir David Attenborough, we’ve got some questions for you…🌍🕷️🐒 pic.twitter.com/MTQ68WnOrt

— The Duke and Duchess of Cambridge (@KensingtonRoyal) October 3, 2020

“Why has it come to this and you know he’s seven years old and he’s asking me these questions already, he really feels it, and I think every seven-year-old out there can relate to that.”

The Duke said his kids do love Attenborough’s work, adding: “Last night we started watching one of David’s newest documentaries.

“It’s amazing at bedtime when I can crowd the children, just shouting ‘we’re going to watch one of David’s documentaries’ and they come herding in. It’s the easiest way to catch my children and get them ready for bedtime.”

William’s eldest son, to whom Sir David gifted a fossilised giant shark’s tooth to mark their meeting at Kensington Palace a few weeks ago, asked him which animal he thinks will become extinct next.

The broadcaster told him: “Well let’s hope there won’t be any, because there are a lot of things we can do when animals are in danger of extinction. We can protect them.”

William’s ambitious Nobel-style Earthshot Prize – which has a £50m prize fund – aims to recognise ideas and technologies that can safeguard the planet.

Every year from 2021 until the end of the decade, winners in five categories or Earthshots will each receive £1m after being picked by a judging panel of William and leading figures.

Is Your School Getting It Right?