Piers Morgan was not exactly overjoyed when he came face to face with the sight of his Spitting Image puppet live on Good Morning Britain.

The divisive daytime star is one of a number of celebrities and public figures who will be parodied in the reboot of Spitting Image, which will debut on the streaming service BritBox later this week.

At the end of Wednesday’s live GMB, Piers’ puppet likeness was unveiled to the world, and while he said he’d “waited all his adult life” to be featured in the satirical comedy show, it seems he was less than impressed with the end result.

“I’ve waited all my adult life to have Spitting Image do a puppet of me,” he explained. “And then last night, I got sent the image, and I was like, ‘do you know what? I could have waited another 40 years for this’.” 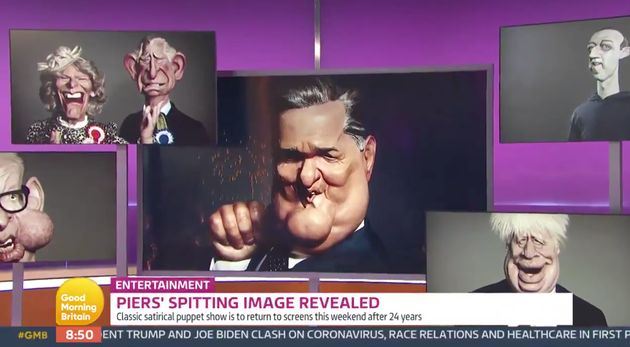 With a drum roll, the puppet version of Piers was then revealed, with the presenter joking: “As you can see, it bears no resemblance to me whatsoever.”

We’re less convinced, to be honest… 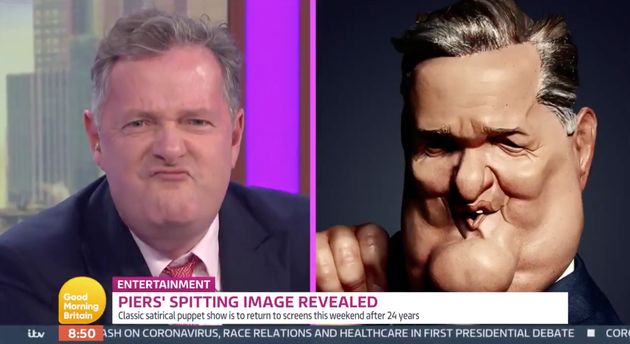 Puppet versions of politicians like Donald Trump, Boris Johnson and Michael Gove have already been revealed, as have celebrities like Kanye West, James Corden and Billie Eilish.

Co-creator Roger Law recently said that the show would be taking aim at figures on all sides of the political spectrum, insisting there is “lots of ammunition to throw at the other side” of UK politics too.

Spitting Image originally ran for 18 series between 1984 and 1996 and was watched by 15 million viewers in its heyday.

It will return to streaming service BritBox on 3 October, with a second series following next year.