Piers Morgan has predicted disaster for Donald Trump in the upcoming US election, claiming Americans are about to tell him: “You’re fired.”

The Good Morning Britain presenter correctly foresaw Trump’s presidency in the 2016 election, but believes there will be a different outcome when he goes up against Joe Biden next month.

After the latest polls showed Trump was fast falling behind his democratic opponent, Piers claimed the US president would have “brought it all himself” if he loses, blaming his “supremely selfish, narcissistic, empathy-devoid, incessantly inflammatory antics during the most difficult year most Americans have ever endured”.

Piers noted that while the polls were wrong in forecasting the last election result, things “feel different” this time around. 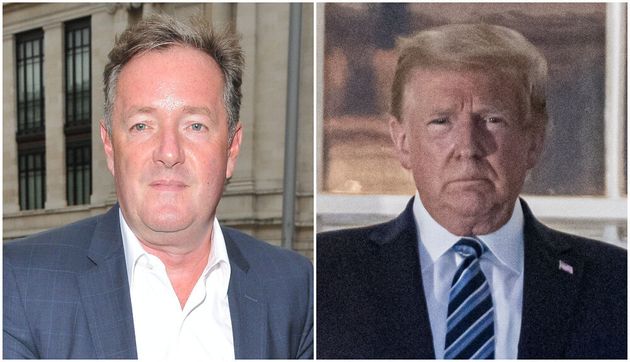 Writing in his MailOnline column, he said of the last US election: “I was filming down in Texas and Florida at the time and could sense the Trump Train was steaming powerfully towards the White House, so repeatedly predicted a shock win.”

He added: “But this feels different. Very different.

“Trump’s not the renegade outsider now, promising to smash everything up and ‘Make America Great Again.’ He’s the incumbent president who’s smashed everything up… and made America a lot worse.”

Discussing his handling of the coronavirus pandemic, particularly his conduct in the wake of his own diagnosis with the virus, Piers continued:  “It’s increasingly felt like Trump thinks he’s in a particularly explosive episode of the Apprentice where the more chaos, drama and outrageous behaviour, the better his ratings will be.

“This, after all, was how he won the presidency in the first place; ensuring he hoovered up all the media oxygen with endless headline-grabbing stunts and pronouncements.

“But it’s now having the opposite effect. The more outrageously he behaves, the worse his numbers are getting.” 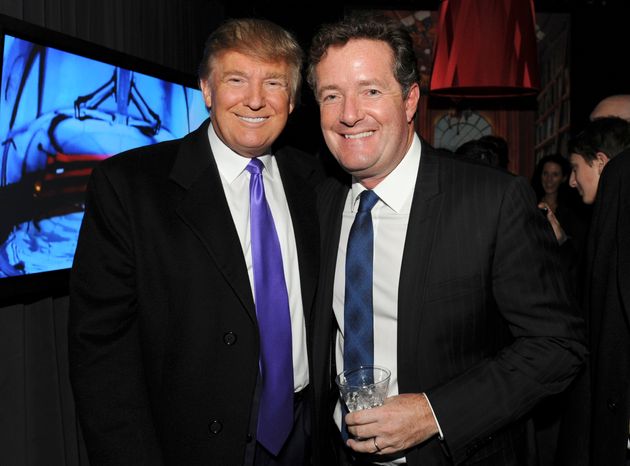 Referencing Trump’s tenure as the face of The Apprentice in the US, Piers concluded: “The American people are heading towards delivering the words he least wants to hear: ’President Trump – YOU’RE FIRED.”

Earlier this week, Piers blasted Trump for temporarily leaving hospital during treatment for Covid-19 to stage a drive-by, branding the stunt “utterly ridiculous”.

“He thinks it’s a reality show,” Piers said. “Honestly, the recklessness of this.

“What does this tell people? It tells people, if you have got coronavirus in America, get in your car, go for a little joyride. Go and meet people. It’s utterly ridiculous.”