Piers Morgan has accused The Crown of “crossing a line” with scenes involving Prince Charles and Lord Mountbatten in the new series.

The opening episode of the hit Netflix show’s fourth series features an imagined interaction between the two men, in which Lord Mountbatten admonishes Charles for his pursuit of Camilla, who at the time was married to Andrew Parker Bowles.

Viewers see Mountbatten writing a letter warning Charles he is in danger of bringing “ruin and disappointment” to the royal family.

On the show, the prince only reads the note after the IRA assassinated Lord Mountbatten in August 1979, but there is no record of the letter actually ever existing.

Speaking on Tuesday’s Good Morning Britain, Piers stated that he believed the scenes went too far.

“If I was Prince Charles I would think, wow. It’s one little bit that resonated with me,” the presenter said.

“He had this extraordinarily close relationship with Lord Mountbatten who was of course murdered by the IRA.

“The Crown has basically invented a letter that Lord Mountbatten sends Charles being very critical about his lifestyle. Now there’s no record of that letter ever being sent.

“Charles was utterly heartbroken by the murder of his great favoured uncle and that to me, that crosses a line to me where if you’re inventing a critical letter from someone who’s now dead and can’t respond and there’s no record of that letter ever being sent, what justification is there for that?” 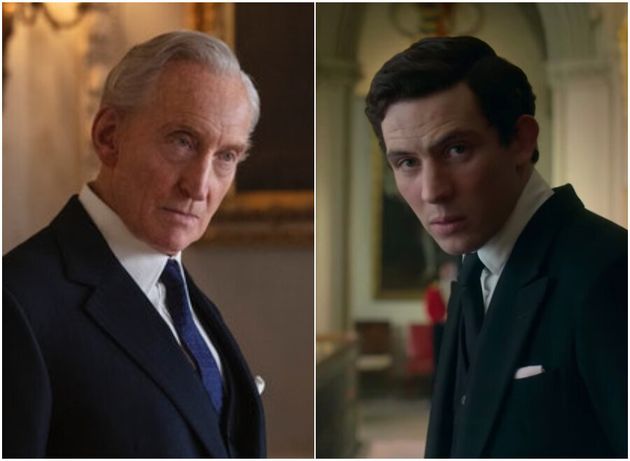 However, Piers did go on to say that he had binged a large part of the fourth series since its release on Sunday, admitting it was “compulsive viewing”.

“Unless you’re the royal family whose life is dissected,” he said. “My thought was it’s great for us but if you’re someone who’s portrayed… it’s brutal in part.”

Meanwhile, The Crown’s creator, Peter Morgan, has defended the scenes.

Speaking on the show’s official podcast, he said: “What we know is that Mountbatten was really responsible for taking Charles to one side at precisely this point and saying, ‘Look, you know, enough already with playing the field, it’s time you got married and it’s time you provided an heir’.

“As the heir I think there was some concern that he should settle down, marry the appropriate person and get on with it.”

Criticism of The Crown has often focused on its portrayal of made up events. The show employs researchers but Peter defended his right to creative freedom.

He continued: “In my own head I thought that would have even greater impact on Charles if it were to come post-mortem, as it were. I think everything that’s in that letter that Mountbatten writes to Charles is what I really believe, based on everything I’ve read and people I’ve spoken to, that represents his view.