Phillip Schofield Opens Up About His Struggle To Come Out: 'I Couldn't Eat Or Sleep' - Rugby and Daventry Radio Station Midlands UK

Phillip Schofield has said he went through “the toughest time ever” before deciding to speak publicly about his sexuality.

The This Morning presenter announced he was gay live on the ITV daytime show back in February in an emotional interview with co-host Holly Willoughby.

Phillip details his struggle to come to terms with his sexuality in his new autobiography Life Is What You Make It, and opened up about the experience on Lorraine Kelly’s show on Thursday. 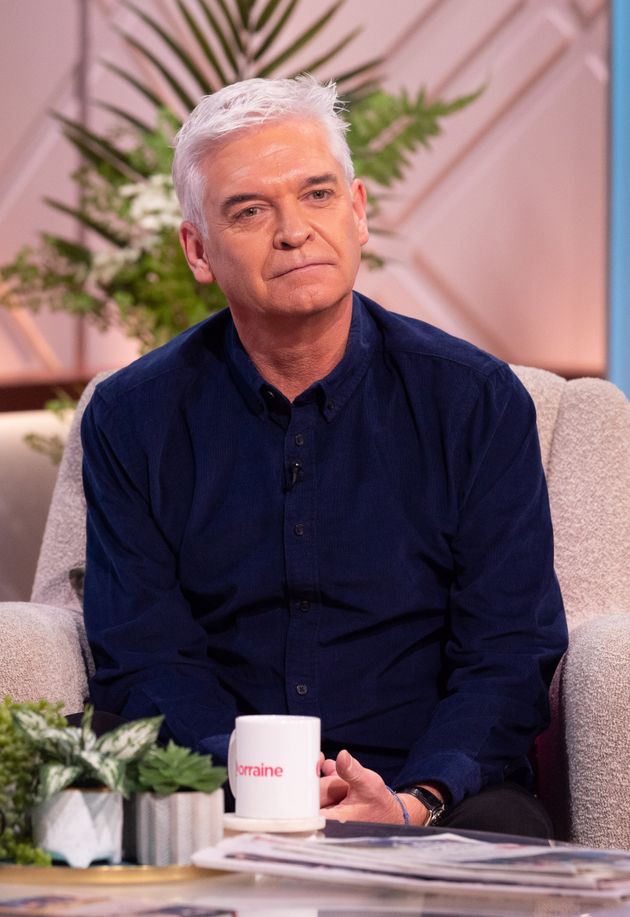 He told the presenter: “When you’re going through something like that, and you’re trying to pick your way through, and I say in there it’s not in my nature to hurt people, it’s not the way I’m built, so I was trying to find my way through.

“Then I couldn’t eat, then I couldn’t sleep. I was walking into make-up next door and people were saying ‘Are you OK? Did you have a nice weekend?’ And I knew I had spent the whole weekend staring into the fire and thinking ‘What am I going to do?’”

Phillip said there were “lots and lots of hours of talking” to his wife of 27 years, Steph, adding: “We talked the whole thing through, there were no secrets, there have never been any secrets. When I knew, she knew. And it wasn’t like a sudden ping, it was like ‘This is tripping me up’ – initially I didn’t understand.”

Lorraine admitted she saw Phillip shortly before Christmas last year and was “shocked” by his appearance.

She said: “You were tiny. You’d lost so much weight, and you didn’t look like yourself. The sparkle was away. I was worried about you. I really was. It was a hard time then wasn’t it?“

The presenter also praised his co-host and close friend Holly, who had supported him during this time.

He said: “She’s very intuitive, she had said ‘What’s up? Just talk to me.’

“If there is anything that comes out of that (it) is if you are struggling, if you are a bloke, you have to talk to someone and trust in the fact that your family will hopefully accept whatever it is you need to say and your friends are there because they love you.”

Phillip added that he had received an “incredible” reaction after coming out on live TV.

“People were so lovely,” he said.

Lorraine airs weekdays at 9am on ITV, while Life Is What You Make It by Phillip Schofield is on sale now.

Rugby and Daventry Radio Station Midlands UK > News > National And International News > Huffpost > Phillip Schofield Opens Up About His Struggle To Come Out: ‘I Couldn’t Eat Or Sleep’