My view of therapy used to come from TV. Shows we all loved to watch from Gossip Girl to How I Met Your Mother tended to depict anyone in therapy as dealing with serious issues – or a joke. When characters told friends they were “seeing someone”, the response was rarely positive. So when I thought of therapy, I associated it with anyone who was strange or “crazy”.

Therapy typically isn’t spoken about in African households like mine. Though the stigma is slowly changing in our communities, seeking therapy still isn’t seen as a norm. It’s telling that I only started seeing a therapist in my last year of university, while I was away from home. I was suffering with anxiety and depression. I found that it helped, but I didn’t tell many people about it.

After taking a break for a few years, this spring I decided I’d like to go back. I’m not alone – the uptake in therapy in the past few months has been noticeable. The Office for National Statistics found that the rates of depression nearly doubled during the pandemic.Mind also reported an increase in demand for services.With the world going through a global pandemic and a huge anti-racist movement, more people are starting to see therapy not just as viable, but vital.

But when I started up again, this time via Zoom, I noticed myself wanting to talk about my sessions online, too. 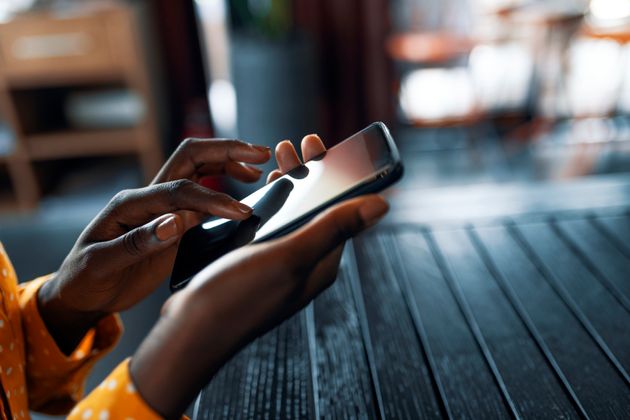 Plenty of people I follow on Twitter and Instagram discuss their therapy on social media – but a part of me was hesitant. Therapy is personal. I was wary of what people might think of me – fearful of oversharing and discussing details of events I still haven’t healed from.

But far from receiving negative feedback, many people tell me they find a supportive audience when they share about their therapy online.

Zuva Seven, 24, a student from Leeds, started seeing a therapist when she was diagnosed with borderline personality disorder. ”I decided I wanted to make a real and long-lasting change to my life,” she says. “I went through a lot of pain, trauma and abuse growing up; however, I had control over what my adult life would look like, and I wanted it to be good.”

She tweets because she wants others to know therapy is an option, Zuva says. “Therapy is great; however, due to the cost (and waiting lists in the UK), it can be pretty inaccessible. When I tweet about my sessions, I think about how I used to look up free therapy content or how I’d watch my TV show a little more intently when therapy was shown. I would try to pick up whatever I could. So I tweet just in case someone finds it in the future when they really need it.”

Similarly, Tony, a radio producer from London, advocates for men who are dealing with accumulated trauma via therapy. “From speaking about it online, I’ve seen more men either say they’re interested or saying they’ve done sessions already,” says Tony, 30, who started therapy last October after losing five people in his life in the space of six months.

“I rarely tweet about the content of my sessions, but I do think about how much I want people to undergo therapy, just because of how much it’s helped me.”

After tweeting, Tony’s often messaged by followers and friends. “I get a lot of private messages and support from people who ask me questions about therapy and my experience with it. I posted my therapist’s information and she got a lot more interest and clients from that. She now has a waiting list!”

Jeannelle, 24, remains super conscious of what people think of her when she tweets about therapy, but believes it’s worth it. “I’ve found through direct messages to my tweets that they’re helpful and needed,” says the marketing assistant from London. “Someone even re-started their therapy journey because of me being open about mine. I’ve also realised that a lot of my problems aren’t just mine but other people can relate to them too,” she says.

Counsellor and psychotherapist Saffya Fatima says that posting about your therapy session can positively echo somebody’s else’s feelings or emotions. “Sometimes, if we tweet or share something that has happened to us, the insight we’ve gained about that through therapy, can help others,” she says.

But posting depends on the person, she stresses – and it’s worth considering your motivations. “What is the unconscious desire behind it? Is it to feel connected? Is sharing going to resolve that and will it expand with a new issue? These are perhaps some of the questions one has to ask himself when sharing online. If it leaves one feeling expanded and intuitively feels right, I think that is okay. If something doesn’t feel quite right, it’s important to listen to that.” 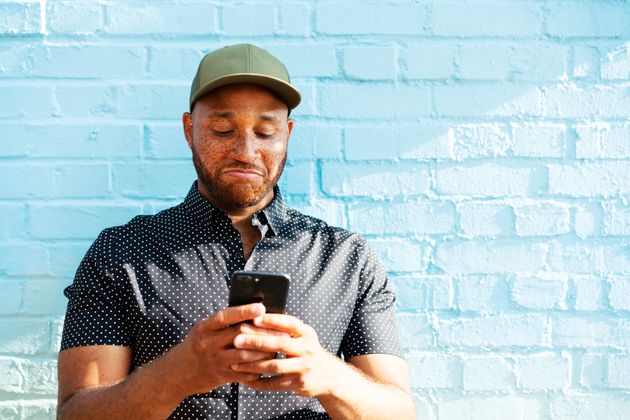 Psychotherapist and author Dr Aaron Balick agrees that people should be cautious when posting details about a therapy session online. “Therapy is a highly private situation. I wouldn’t say that one shouldn’t tweet about it, but one should be circumspect about how much of that therapeutic process they choose to share because it’s such a personal experience,” he tells me.

There are risks when sharing specific details about our sessions, he adds. “You’re giving people detailed information about your inner life, you’re giving access to your psychology that in many cases you don’t even know. Also, we change over the course of life. So you might be happy to share at this point in your life but you may be less happy that you share, 18 months down the line.”

Jeannelle sees it as generational. “The stigma is changing with people around our age, due to social media. More people are sharing and being vulnerable, for sure. People take the bold journey to discover things about themselves, to develop healthy habits and to perhaps unlearn things that have been passed down to them. I think it’s harder to be completely open about mental health and therapy with the older generation.”

Fatima agrees there has been progress and credits it to a wider cultural conversation. “In the past five to 10 years, there are a number of therapists in the public sphere who have reached millions of people worldwide through their articles, their books, podcasts, TED talks,” she says.

Ester Perel’s Where Shall We Begin has a global following – and I follow several therapists on Instagram such as silvykhoucasian, themindgeek and Lindsaybraman. ”I think the internet and social media has been a real catalyst for this,” says Fatima.

In a time when our mental health is being tested, normalising therapy can only be a good thing. Since starting up again, I’m already noticing a difference in myself – in the way I react to specific situations and I’m more intentional with the decisions I make.

If you’d rather keep your sessions private, that’s totally valid. I still don’t share much about mine. But after speaking to peers and asking myself Fatima’s questions, I know that when I do it’s because I feel empowered to do so.