Parliament's Bars Now Have To Observe Curfew. But Let's Not Pretend We're In This Together - Rugby and Daventry Radio Station Midlands UK 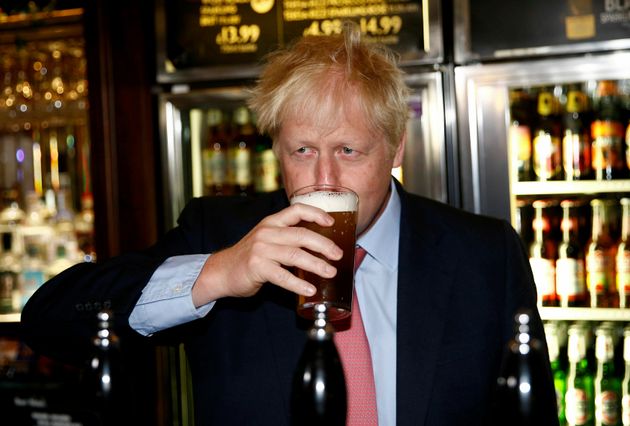 Let’s be real, we are not in this together. The public has been driven dizzy by government U-turns during this pandemic, the latest that Parliament’s bars will now observe the 10pm curfew imposed on the rest of the hospitality industry, after an outpouring of public disapproval following reports they were exempt.

But of course, we are familiar with a U-turn by now. What’s another one at this stage of the game?

From face masks in schools to evictions, the exam results debacle that essentially doomed many school and college leavers, the so-called “world-beating” NHS contact tracing app that barely exists, free school meals over the summer, the NHS surcharge, remote voting, working from home – need I go on?

The casual way in which this government has eroded the trust of the British people shows just how little interest our politicians seem to have in how their decisions affect the rest of us.

The Parliament bar debacle confirms what many have always known – it’s one rule for us and another for them.

For me, one of the most demonstrative examples of this in the past months was when our elected Prime Minister Boris Johnson defended Dominic Cummings who had allegedly broken lockdown rules. Not only did he defend him, but Cummings was given a huge platform to defend himself. After all, it didn’t matter if he had broken the rules – he had power on his side.

But it smacks of a certain cruelty. In a time when people were losing loved ones in the hundreds every day, many being forced to say their goodbyes over the phone, it seemed only some of us were being forced into making sacrifices – the general public and not those making the rules.

And extra leniency if you’re white, rich and privileged. When the rule of six was introduced, shooting parties were exempt from this rule. What a perfect example of “one rule for the Cabinet and their mates, and another for the rest of us,” as shadow environment secretary Luke Pollard so rightly commented.

Alas, the hypocrisy doesn’t stop there. When we were all told it was mandatory to wear masks on public transport and in taxis, those with chauffeur driven cars were told they were exempt from mask-wearing, a decision that obviously caters to a specific group of people.

But what about the rest of us? Muslims and Jews have spent two Eids and Jewish New Year, Rosh Hashanah separated from their families, and now those celebrating Diwali will most likely too. And now, the Cabinet is reportedly considering a 24-hour lockdown amnesty so that Christian families can celebrate Christmas. If I’m honest, I cannot look at this decision as anything other than purposely divisive. If this is truly a multicultural country why is Christmas more important than any other religious holiday?

As members of the public, we’ve been encouraged to snitch on neighbours, blamed for a rise in Covid cases after being encouraged to eat out and told to wear masks even as it seems those imposing the rules won’t follow them themselves.

My question is, who is keeping those in power in line? Or are they above the rules? It certainly seems that those with power, privilege and wealth aren’t subject to the same hardships as the rest of us.

So it doesn’t matter how many times this government tells me we’re all in this together, let me tell you, we are very much not and amidst a global pandemic that should frighten us all.

Mariam Khan is a writer and activist, and editor of It’s Not About the Burqa.

Rugby and Daventry Radio Station Midlands UK > News > National And International News > Huffpost > Parliament’s Bars Now Have To Observe Curfew. But Let’s Not Pretend We’re In This Together