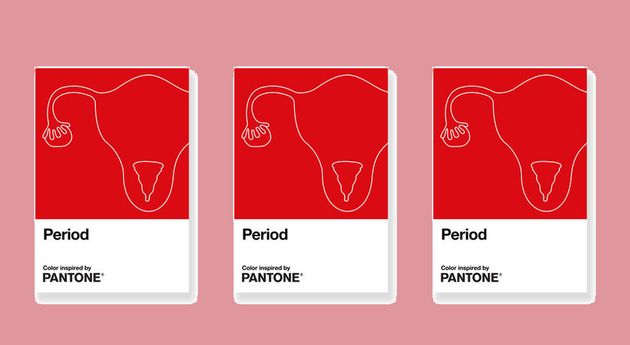 Pantone would like you to paint the town red – or at least upgrade your bedroom walls – in an effort to end menstruation taboos.

The colour creation company – famed for announcing the annual “colour of the year” – has unveiled a new shade, titled ‘Period’. The bold, red hue apparently “represents a steady flow during menstruation” and has been created in partnership with the period product company Intimina.

The project is about “making periods visible, encouraging positive conversations and normalising menstruation in our culture, our society and in our everyday lives,” according to Intimina global brand manager Danela Žagar.

Laurie Pressman, vice-president of the Pantone Colour Institute, describes the shade as an “active and adventurous red hue,” claiming that it “emboldens people who menstruate to feel proud of who they are”.

Not everyone is convinced by the grand unveiling, though.

“Guaranteed to make me never want to buy this product,” photographer Kate Zarifeh said on Twitter. “I bet this ad campaign was thought up by a man, who wants reminding of terrible PMS and periods. Imagine having your walls painted that colour.”

Others are sceptical the campaign will make a difference to ending period taboos.

“What action will Pantone and Intimina actually do?” asked Tara Costello, author of an inclusive guide to periods titled Red Moon Gang. “And why is the menstrual cup placed like this? It’s too high and above the cervix, which is not possible.”

A lot of people also pointed out that this luminous shade of red is more ‘Manchester United’ than representative of menstruation.

“I ain’t gonna lie, my period was never this colour! More of a reddy brown with a thick mucus clotty texture! Am I right ladies!?” comedian Cerys Nelmes joked.

But Jillian Popkins, director of policy, advocacy and programmes at ActionAid UK, disagrees, saying the campaign is “fantastic” and “badly needed”.

“Without the stigma around periods, more women could escape poverty, fulfil their potential and strengthen their communities,” she says. “This important campaign will help change that.”

We’d vote for better education on periods in schools, more affordable period products in supermarkets, better research on menstruation and endometriosis, plus some open conversation on period leave in the workplace. But sure, red paint is a start.