It’s been hard for me to sleep this week ― because there’s been a steady storm of evacuation notices at all hours of the day and night, as catastrophic wildfires ravage Oregon. Hundreds of thousands of people have been ordered to leave their homes ― or to get ready to ― including neighbourhoods in the town next to mine.

I spend my midnight hours refreshing the sheriff’s page for the latest evacuation map and scrolling through the unending stream of heart-wrenching news ― haunted by the images of charred homes and ashen ghost towns that were decimated by the fires just up the river from us.

I lie awake listening for the jarring alarm of an official emergency alert, notifying us of the newest parts of our county that need to leave their homes immediately.

“Make sure your cell phone is turned way up at night,” my firefighting friend advised me when I asked her if I should start packing a bag myself, as I watched the evacuation zones spread across the county map like spilled paint ― sometimes going from green to red in less than two hours.

Her advice was guided by the reality that things can rapidly change with the current fire situation across the West. Climate change has ushered in hotter and drier conditions that have turned our forests into a tinderbox and extended our fire seasons into the fall months. The lush vegetation that coats the ground has browned from the lack of rain and the scorching heat, and water-starved grass crunches beneath your feet. The land is primed and ready to ignite into a roaring fire.

A rogue spark or a downed power line that hits the crisp earth can quickly escalate into an uncontrollable and devastating blaze ― something that’s happened all over the state in the last week ― fuelled by hot and furious winds from the east. Oregon went from a few small fires to one million acres actively burning ― a swath of land larger than Rhode Island steamrolled by uncontainable wildfires in a matter of days.

So, I decided to pack a go bag full of the necessities I would need if the blaze continued to grow toward us ― or if a new one started in the forested hills of our neighbourhood. I grabbed extra clothes, dog food for my pandemic puppy, a sleeping bag, and my handful of prescriptions. And I made sure my car’s gas tank was full, in case we got stuck in evacuation traffic or unexpectedly rerouted by fire ― new blazes have been shutting down major highways and sections of the interstate all week.

Where we would go with our packed bags and full tank of gas is punctuated with a question mark, as I’m sure it has been for the thousands of displaced families who have already been forced to abandon their homes. 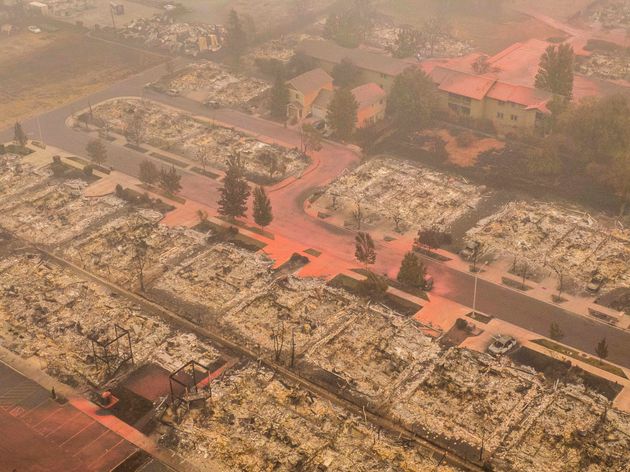 A thick plume of toxic smoke is choking most of the state right now ― and the entire West Coast. You can barely see the end of our street through the heavy haze, and ash has been falling from the sky like grey rain, coating our house and everything outside of it with a thick layer of ominous soot.

When I open the door to let my puppy out to pee, I am walloped with the smell of a smouldering campfire. It lingers in my hair and all over my clothes when I duck back inside my house. I’ve barely stepped outside in the last four days because the air is so toxic ― some of the most hazardous air in the world is smothering Oregon.

We’ve tried to seal ourselves off from it, but it seeps into the slender crack beneath our front door. My eyes sting with dryness, my head pounds, and my throat burns like I smoked a pack of cigarettes for breakfast. The homemade air filter that we run all day and night is coated in an alarming amount of dark debris.

During other fire seasons, we’ve escaped the heavy smoke that settles over the valley by fleeing to the coast or a higher town for fresh air. But clean air and blue skies are an elusive thing in Oregon right now. The air quality map advertises hazardous skies from Mexico to Canada. You’d have to drive for hundreds of miles to find refuge from the wildfires.

So, I don’t really know where we’d go, but we’re packed just in case we have to.

I also packed a bag of my most sentimental items because that’s what I would really want to save from a fire ― the things that I would be gutted to lose forever ― including cherished belongings of my late mother, years of journals and handwritten cards, and the coffee mug from my first trail race in Oregon. As I delicately placed everything into a huge duffel, I was grateful for the luxury of time to pack these irreplaceable things, something many people in my community did not have as they woke up to emergency responders banging on their door in the middle of the night telling them to go! Go! Go!

As I moved methodically through my house, deciding what to take and what to leave, I imagined losing it all in a fleeting moment ― a horrendous reality that I’d never really considered until this week. I’m sure many of the Oregonians who have seen their lives upended and their homes scorched by these fires probably felt the same way.

As I delicately placed everything into a huge duffel, I was grateful for the luxury of time to pack these irreplaceable things, something many people in my community did not have as they woke up to emergency responders banging on their door in the middle of the night telling them to go! Go! Go!

It struck me how fragile so much of life is: our homes, our health, our loved ones, our earth, our own lives. We can lose just about anything or anyone without much notice at all. It’s something that’s always been true, but feels persistently more threatening in a year defined by so much loss, so many devastating disasters, and so many blazing red flags that the climate crisis is getting worse and worse all over the world.

I glance out the window at the blood orange sun burning behind the chalky sky. It’s an apocalyptic landscape. I wonder when we will see blue skies again. When we will be able to take a deep breath and not worry about the damage to our lungs.

I think foolishly of my last run through the wilderness around Oregon’s Mount Jefferson, a mountain north of us that’s currently engulfed in flames. On that day, a storm obscured the views of its most scenic spots, where alpine meadows spill into sweeping views of the glaciated volcano.

“It’s okay, it’s not like it’s going anywhere,” I told my friend, as we darted through the rain and clouds. “I’ll see it next time.”

Now we’re inhaling shards of the trees that once dotted that iconic landscape.

Some of life’s fragility is out of our control ― a painful and cruel reality that sits especially heavy in a year when I’ve lost two family members to cancer.

But, some of the huge losses that we’re experiencing right now are things we can influence. The climate crisis that’s fuelling the wildfire devastation across the west is one of them.

It’s likely that Oregon is going to see more casualties caused by these wildfires than ever before, and a historic number of homes, structures, and miles of wilderness scorched by these destructive blazes. It’s also likely that these losses will just get worse in Oregon ― and across the entire West ― if we choose to let our climate crisis continue to spiral out of control instead of doing something about it. 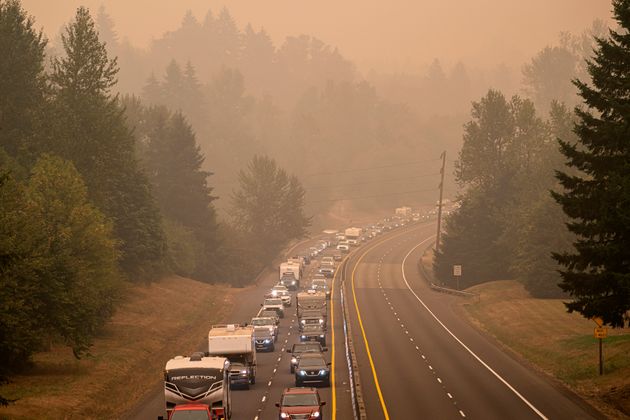 It’s gutting that so many people have already suffered so much destruction. I feel lucky that all I’ve had to do is pack a bag and take shallower breaths all week, but the massive losses happening all around Oregon have fuelled my fear for future fire seasons ― for my friends and community, for land and people across the west. It’s terrifying to imagine what it would look like for things to get much worse.

But I know things will get worse without aggressive climate action. I know more go bags will get packed. More homes will be decimated. More wilderness will be singed. And more lives will be unnecessarily lost ― unless we do something to stop it.