Dubbing the government plan “Operation Moonshot”, the PM said “a new type of test” would be widely available to people next year and allow checks that have results in “90 or even 20 minutes”.

It would mean people could get a negative result before entering a pub, theatre or workplace.

But both the chief scientific officer, Patrick Vallance, and the chief medical officer, Chris Whitty, who were flanking the PM at a Downing Street press conference on Wednesday, cast doubt over the claims.

Asked if he was confident, Vallance said the technology “had to be tested properly”.

“There are as always with technologies unknowns and we would be completely wrong to assume this is a slam dunk that can definitely happen,” he said. “I think this needs to be tested properly.

He added of the new tests: “We do not yet know if they work.”

Whitty, meanwhile, said it was “likely” there would be fast new tests “in the not too distant future”.  But he said “that covers quite a wide time range’, adding: “I think it is important that we don’t pin ourselves to a date and say by this time this will be achieved.”

Johnson acknowledged their interventions as “a very important dose of realism” despite having trumpeted the ambitious plans minutes earlier.

He said Salford had been chosen for a pilot scheme for the new test, with NHS Test and Trace aiming to rollout widespread testing by spring.

Explaining the tests, Johnson had said: “Up to now, we have used testing primarily to identify people who are positive – so we can isolate them from the community and protect high risk groups. 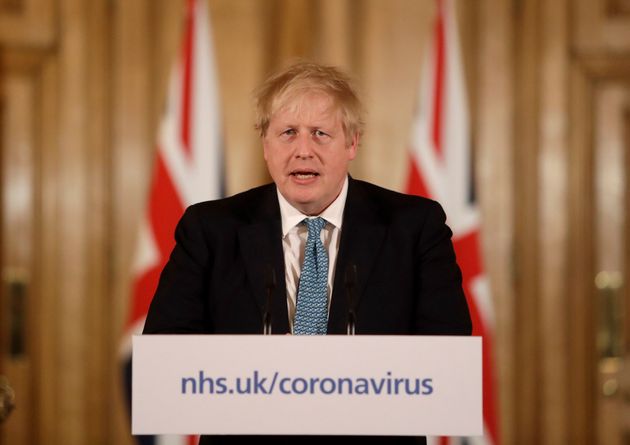 “And that will continue to be our priority. We are working hard to increase our testing capacity to 500,000 tests a day by the end of October.

“But in future, in the near future, we want to start using testing to identify people who are negative – who don’t have coronavirus and who are not infectious – so we can allow them to behave in a more normal way, in the knowledge they cannot infect anyone else with the virus.

“And we think, we hope, we believe that new types of test which are simple, quick and scalable will become available.

“They use swabs or saliva and can turn round results in 90 or even 20 minutes.

“Crucially, it should be possible to deploy these tests on a far bigger scale than any country has yet achieved – literally millions of tests processed every single day.”

Theatres and sports venues could test all audience members and let in those with a negative result, the PM said, adding testing for negative results could transform workplaces.

He said: “Workplaces could be opened up to all those who test negative that morning and allow them to behave in a way that was normal before Covid.

“Those isolating because they are a contact, or quarantining after travelling abroad could, after a period, be tested and released.

“Now that is an ambitious agenda, but we are going to pilot this approach in Salford from next month, with audiences in indoor and outdoor venues.

“And then we hope to go nationwide.”

What It Actually Means If The Government Breaks International Law