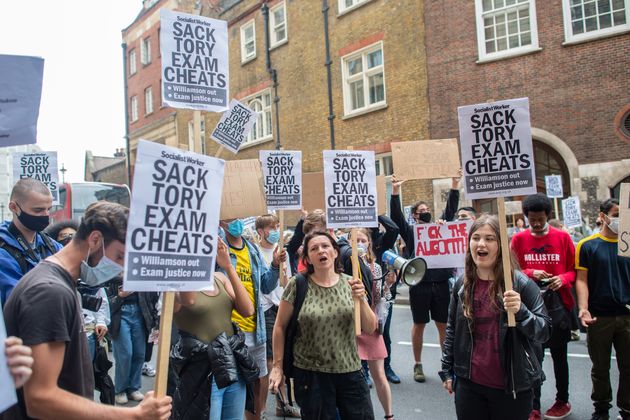 Ofqual chief regulator Sally Collier has quit in the wake of the A-level and GCSE results U-turn in England.

She will be replaced by her predecessor Dame Glenys Stacey, the exams regulator said.

In a statement, Ofqual said its board supported Collier’s decision to stand down and thanked her for “her leadership and service over the past four years, which has included overseeing the successful introduction of an entirely new set of GCSEs and A-levels, and a new grading system”.

It added: “Together these arrangements will ensure that Ofqual has the extra capacity, support and oversight it needs both to tackle the remaining issues from this year’s awarding process and to ensure that next year’s arrangements command public confidence.”

Earlier this month teachers and students were furious when results decided by a computer algorithm downgraded almost 40% of students and hit poorer students’ outcomes hardest – as well as boosting private schools’ share of the top grades.

After days of protests and backlash the government U-turned and binned the grades and replaced them with teachers’ original assessments of their students, widely seen as a fairer measure.

Education secretary Gavin Williamson initially tried to claim credit for the move but a statement later released by the Department for Education admitted Ofqual drove the decision, not Williamson.

The education secretary has faced continued pressure to resign over the debacle but retains the backing of the PM.

Williamson has said he is “incredibly sorry for the distress” caused to pupils caught up in the exam results fiasco, but has refused to comment on whether he had offered Johnson his resignation.

Boris Johnson: Stop Being Embarrassed About Britain’s History Of Slavery