Boris Johnson’s test-and-trace crisis has deepened after official figures showed that the number of tests completed in 24 hours had hit a new low.

The figures for the week between September 3 and September 9 showed that just one third of “in-person” tests had results back within a day, a dramatic fall on the 66.5% the week before.

In-person tests, which cover local test sites, mobile testing centres and regional centres, are meant to be the drivers of the government’s bid to expand the system to the community.

The latest figures are a long way from the PM’s promise to get 100% of most tests back within 24 hours by the end of June.

The statistics for home test kits and satellite test centres – used for care homes – are even worse, falling to just 5.7% completed in 24 hours, down on 11.5% the previous week.

The department for health and social care admitted in its latest update: “The percentage of test results received within 24 hours for in person tests notably decreased from the previous week.

“For all routes combined, 14.3% of tests from all test sites were received within 24 hours of a test being taken compared to 32.0% in the previous week.”

Even on the government’s target of getting tests done by the end of the next day, just 64.7% of in-person tests results hit the target and 28.2% for all routes combined.

Johnson told the House of Commons on June 3 he would get “all tests turned around within 24 hours by the end of June, except for difficulties with postal tests or insuperable problems like that”.

The PM admitted this week that the capacity in the system is not “enough” to cope with a spike in demand, and the whole project has come under fire for severe delays for hospital staff, school pupils and teachers.

The huge pressure on the system was confirmed in the latest figures, which showed a total of 18,371 new people tested positive for Covid-19 in England in the week to September 9.

This is an increase of 75% in positive cases on the previous week, and is the highest weekly number since Test and Trace was launched at the end of May. 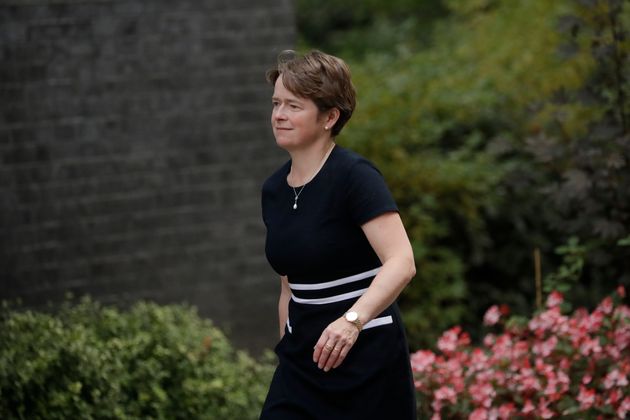 NHS Test and Trace chief Dido Harding is due to give evidence to MPs later on Thursday but Labour’s shadow Commons leader complained that she had failed to appear in public since August 19.

“Where is the chair of the Test and Trace programme?” she said in the Commons.

The percentage of “close contacts” reached improved slightly, from 69.2% to 73.9%. But it remains short of the 80% figure experts say is needed to make the system viable.

The PM’s independent scientific advisers have repeatedly warned that stopping the spread of the disease requires more than 80% of “close contacts” of people with Covid reached by the system to be identified and then told to self-isolate.

But figures for the latest weekly update show that just 73.9% of those “close contacts” – defined as being within two metres of a Covid carrier for more than 15 minutes – are actually being reached.

Last week, the prime minister pinned his hopes for a return to normality in the UK on a “moonshot” plan to get millions of instant tests to the public for daily updates on their Covid status.

Under his proposal, which has been met with heavy scepticism by even his chief scientific adviser, those who test negative would then be free to go to work, the theatre or sports events.

With the public facing lengthy delays and an acute shortage of local testing availability, critics have suggested the government focuses its time and money instead on improving NHS Test and Trace.