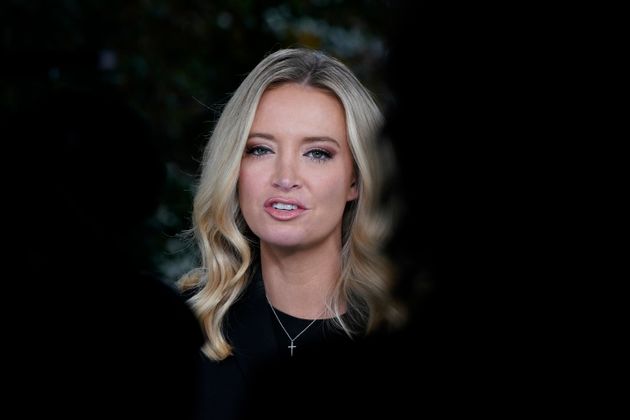 It comes after president Donald Trump and first lady Melania Trump were diagnosed with coronavirus on Friday – with just a month to go until the US election.

McEnany said in a statement posted on Twitter that she had tested positive on Monday morning and is not experiencing any symptoms.

She spoke briefly with reporters Sunday evening, but says that no members of the White House press corps spent enough time around her to be considered close contacts.

She says that she is beginning the quarantine process and “will continue working on behalf of the American people remotely.”

McEnany has given White House press briefings – without wearing a mask – since Trump’s diagnosis.

On Sunday she was filmed being asked whether the figure of how many White House staffers are infected with Covid-19 will be released, and what it is.

She replied: “No. You know, there are privacy concerns. We take very seriously safeguarding the information of the personnel here in the White House. So that’s basically where we stand right now.”

When asked for specifics as to when the president was tested, including if he was tested before the debate, she said: “Yeah, I’m not going to give you a detailed read out with time stamps every time the president’s tested. He’s tested regularly and the first positive test he received was after his return from Bedminster.”

Trump, who has perpetually downplayed the severity of the coronavirus even as more than 200,000 Americans have died from it, has repeatedly ridiculed Democratic opponent Joe Biden for wearing face masks during campaign events.

During Tuesday night’s debate, Biden pointed out that Trump rarely wears masks in public. Trump mocked Biden for doing so, despite widespread scientific consensus that wearing masks greatly reduces the spread of the coronavirus.