Not a single Covid marshal has been recruited in the six areas of England with the highest levels of coronavirus.

In September, Boris Johnson announced that a force of “Covid-secure” marshals would be introduced to ensure social distancing rules were being followed in town and city centres.

But more than a month on, and amid surging levels of Covid-19, councils in the very hardest hit areas have said that a delay in government funds has tied their hands when it comes to recruiting the marshals.

Areas with the highest rates of Covid-19*

*Summary data from September 27 to October 3

It was only on Thursday – a full month after the prime minister’s speech – that the government announced £30 million to help cash-strapped councils to cover the cost of the new roles.

Manchester City Council, Leeds City Council and Nottingham City Council are among the local authorities that told HuffPost UK they had been unable to recruit marshals due to the hold-up in funding and lack of any guidance from central government.

“We do not have dedicated Covid marshals,” a spokesperson for Manchester City Council said ahead of the funding announcement. “The reason why is one that’s been well documented across other local authority areas – the government has not made any money available to do so.

“That isn’t to say that we would never be able to get them in place, but until we are given the resources it’s an unlikely prospect.”

Meanwhile, a spokesperson for Leeds City Council said they had been unable to hire marshals due to the “current financial challenges”.

Also speaking before the government’s cash pledge, they said: “We do have a range of enforcement resources across the council and within West Yorkshire Police.

“With no additional funding provided by the government for Covid marshals, this is not something we need or are able to implement at the current time.”

It’s not just local authorities in the very-hardest hit areas that have yet to employ marshals, either.

A wider investigation by Politics Home revealed that just four councils among the top 100 with high coronavirus infection rates had recruited people for the job. 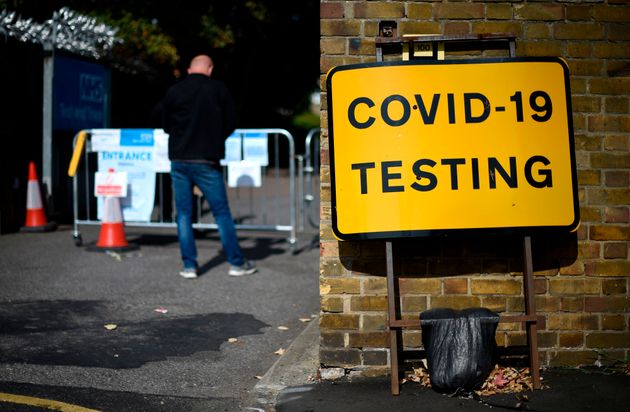 Councils told HuffPost UK they had instead been relying on existing staff to carry out enforcement duties.

While Manchester said it had been depending on police and its own compliance officers, Leeds said it had a “range of enforcement resources across the council and within West Yorkshire Police”.

A spokesperson for Newcastle City Council said it would not be hiring any marshals because its work with police and other partners to enforce the measures “goes above and beyond the role of the marshals mentioned by the prime minister”.

“We have qualified environmental health, trading standards and licensing officers actively patrolling the city day and night,” they said.

The local authority in Knowsley, which had the second highest coronavirus infection rate in the country between September 27 and October 3, said that while it currently did not have any Covid marshals it “would consider this type of role”.

According to the government, Covid marshals have successfully been rolled out by a number of other councils in England – including Charnwood Borough Council, Blackpool Council and Northamptonshire County Council.

On Thursday, local government secretary Robert Jenrick announced the £30 million would “support their [councils’] work on compliance and enforcement in their communities”. He also announced £30 million for police forces.

Local authorities will be able to spend the money on Covid marshals, staff training and sharing Covid-19 guidance, the government said.

The funding has been welcomed by the Local Government Association (LGA), which said it was “helpful” that councils would be able to determine how best to spend the money.

The LGA’s Nesil Caliskan said: “It is good that government has recognised the pressures on council enforcement officers and will provide additional funding for councils to support the enforcement of Covid-19 laws.”

She added: “The pandemic has exacerbated pre-existing pressures on councils’ regulatory services, which in many places are now at tipping point.

“As local authorities continue to lead local work to tackle Covid-19, the government needs to use the Spending Review to ensure councils have enough funding to maintain vital trading standards and environmental health services over the next six months and beyond.”

What To Do If You Have A Half-Term Holiday Booked