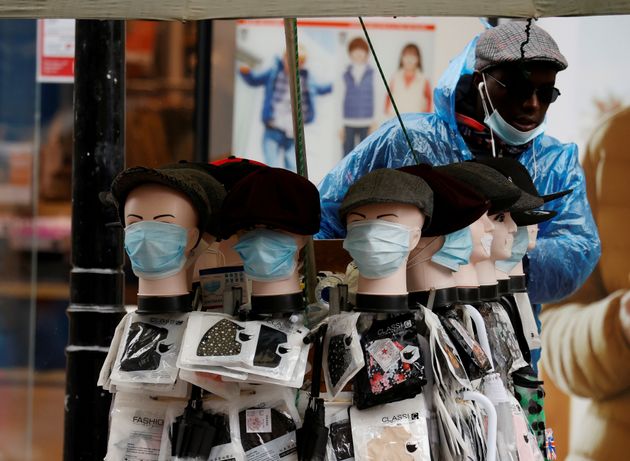 Mayors in the north of England have expressed shock, outrage and anger at the government after reports of tough new coronavirus restrictions including the possible closure of pubs and restaurants.

Amid fears the disease is spiralling out of control, ministers were said to be considering the new measures, which could come as early as Monday, according to media reports, as infection rates continue to soar in cities such as Manchester, Liverpool and Newcastle.

The move, if confirmed, would be another body blow for the hard-pressed hospitality industry in the regions already reeling from the imposition of the controversial 10pm curfew.

Greater Manchester mayor Andy Burnham reacted angrily, tweeting: “No discussion. No consultation. Millions of lives affected by Whitehall diktat. It is proving impossible to deal with this government.”

No discussion. No consultation.

It is proving impossible to deal with this Government. https://t.co/1lcRRNvptd

With a leaked report and no talk of a strong support package, this morning many NW operators and employees are extremely anxious and fearful of their future.

Executive mayor of Middlesbrough Andy Preston said the move will cause “much suffering”.

Closing pubs & restaurants will kill 100s of thousands of jobs. So much suffering will come

We desperately need to see a govt rescue package for the food and beverage sectorhttps://t.co/V70bmzQeMz

Dan Jarvis, mayor of the Sheffield city region, called on Boris Johnson to “get a grip”.

Recklessly irresponsible to brief the papers but not leaders in the North who’ll somehow have to make this work. Get a grip @BorisJohnson. https://t.co/WNUc5Xf5DI

And while not addressing the news directly, Mayor of Liverpool Joe Anderson yesterday retweeted a tweet from a restaurant chain criticising developments.

Restaurants, pubs & bars in Liverpool are suffering so much right now. Every single one is losing money and one by one, we’ll all close. Its just not viable to open with the restrictions as they are. Landlords aren’t willing to take any of the heat and the government are silent

And it has also raised fears of a surge in revellers this weekend. Nottingham council leader David Mellon, told the BBC’s Today programme: “There’s a chance this weekend that ppl will think ‘this might be the last chance before Christmas so let’s get out and party’ and we cant have that.”

Earlier this week furious local leaders in the north of England said they have been ignored and misled by Westminster over local lockdowns – and fear the public is switching off as a result.

Mayors and council chiefs have criticised the government for failing to listen to local people on coronavirus restrictions, and say the London-centric handling of the crisis is a “recipe for disaster” that could deepen the north-south divide.

Tory backbenchers warned MPs must be given a vote before any such measures are brought into force in line with assurances given last week by health secretary Matt Hancock.

Hancock appeared to signal there would be dark days ahead for the sector during a conference call with the Confederation of British Industry on Wednesday.

“Outside your household and socialising between households, the highest place of incidence of likely transmission – measured by where people have contacts – is unfortunately hospitality,” the Daily Express quoted Hancock as saying.

“Now obviously that finding is not good news in terms of the policy action we have to take for that sector,” he added.

Chancellor Rishi Sunak is finalising a package of financial support for the sector, the Financial Times reported, amid fears of a fresh wave of job losses.

Downing Street and the Department of Health and Social Care both declined to comment on the reports.

Wellingborough MP Peter Bone told BBC2’s Newsnight: “If it is put into place and I have no power to stop it the government will have gone back on the word they gave to Parliament when they said all major new powers and regulations would be debated in Parliament.”

Meanwhile MPs on the Commons Health and Social Care Committee and the Science and Technology Committee have announced that they are launching an inquiry into the government’s handling of the pandemic.

The latest moves come after First Minister Nicola Sturgeon announced a further tightening of restrictions in Scotland from 6pm on Friday.

Under the new rules, indoor hospitality venues will only be allowed to operate between 6am and 6pm daily, selling food and non-alcoholic drinks only, while outdoor bars will be allowed to serve alcohol until 10pm.

In the five regions with the highest number of cases – including Glasgow and Edinburgh – licensed premises will have to shut for a 16-day period, although they can offer takeaway services.