No.10 Ties Itself In Knots Trying To Explain Whether Or Not It Will Hire Tony Abbott - Rugby and Daventry Radio Station Midlands UK 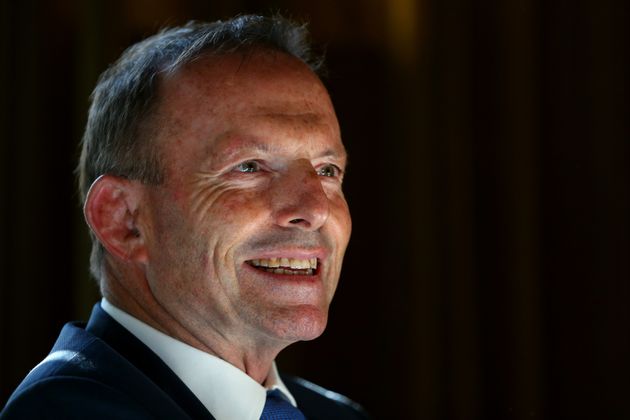 As pressure built on Boris Johnson not to hand former Australian prime minister Tony Abbott a senior trade role amid allegations of homophobia and misogyny, a spokesperson for the prime minister attempted to cover all bases.

“No decision has ever been made and hasn’t been made about this,” was the confusing response given by No.10 when asked about the possible appointment.

The spokesperson added: “Once we have a list of advisers we will make an announcement.”

Abbott is in talks to become joint president of the relaunched Board of Trade to help the UK negotiate international trade deals.

Labour has said appointing Abbott would be “completely unacceptable” because of his “offensive and outdated” views.

Speaking in London earlier this week, Abbott attacked what he sad was “hysteria” over coronavirus.

Figures from the Office for National Statistics (ONS) suggest the UK death toll is now 57,310,

While serving on the frontline of Australian politics, Abbott opposed same-sex marriage as “political correctness” and said he was “a bit threatened” by gay people.

In 2011 Abbott, the then opposition leader, appeared on stage in front of a sign that called prime minister Julia Gillard a “bitch”.

And in a 2017 speech, also in London, Abbott said climate change was “probably doing good” and policies designed to tackle it were like “primitive people once killing goats to appease the volcano gods”.

Grant Shapps, the transport secretary, on Friday told Sky he would “want to check the record” of what Abbott had said about women, gay people and coronavirus before he would be “happy to have a drink” with him.

“There are lots of people with whom their comments I vehemently disagree but I’m not into defending people who are not actually carrying out any role for the British government,” he said.

Abbott has however been defended by his sister Christine Forster. In a statement posted to Twitter, she wrote: “It is nothing short of dishonesty for commentators and politicians who do not know Tony to label him a ‘homophobe and a misogynist’ for the purposes of scoring cheap political points.

“As a woman who has always been part of his life and who came out to him as gay in my early 40s, I know incontrovertibly that Tony is neither of those things.”

Rugby and Daventry Radio Station Midlands UK > News > National And International News > Huffpost > No.10 Ties Itself In Knots Trying To Explain Whether Or Not It Will Hire Tony Abbott