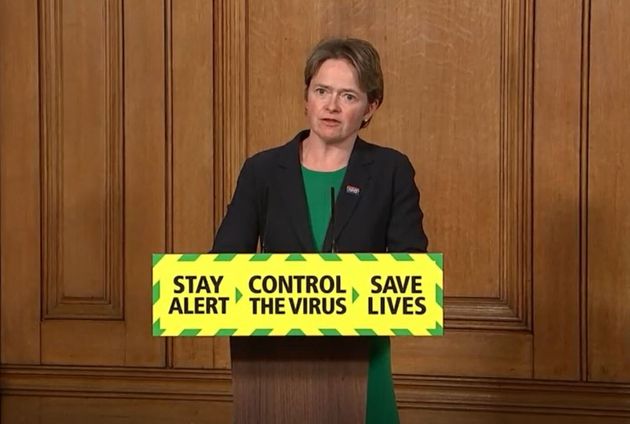 The government’s flagship NHS Test and Trace system has for the ninth week running missed a key target needed to make the entire service viable, new figures have shown.

Boris Johnson’s independent scientific advisers have repeatedly warned that stopping the spread of the disease requires more than 80% of “close contacts” of people with Covid reached by the system to be identified and then told to self-isolate.

But figures for the latest weekly update show that just 75.5% of those “close contacts” – defined as being within two metres of a Covid carrier for more than 15 minutes – are being reached.

Some 24,197 people were identified as coming into close contact with someone who has tested positive between August 13 and August 19.

That was up on the 71.6% of the previous week but it still means that the crucial 80% mark has not been reached since mid-June.

Health secretary Matt Hancock conceded the system was “not quite there” in hitting the target but stressed that it had made big strides since being launched from scratch in May.

“One of the challenges is we want to get NHS Test and Trace up to over 80% of contacts, getting them to self-isolate. We’re at just over 75%, so we’re nearly there, but not quite there,” he told LBC Radio.

Unease at the continued problems with the system appeared to be underlined when Hancock unveiled new cash help for people on low incomes in lockdown areas who lose money from quarantining themselves at home for a fortnight.

The figures are particularly low in cases that are handled either online or by call centres, where just 61.6% of close contacts have been reached and asked to self-isolate on average.

The call centres are outsourced to private sector firms Serco and Sitel, at a cost of roughly £200m.

In some areas, the figures are even lower. Just 43% of contacts have been reached for Test and Trace cases in Bradford handled online or by call centres.

By contrast, in cases handled by public sector-run local health protection teams, 95.6% of contacts were reached and asked to self-isolate in the week to August 19.

Part of the explanation for the disparity is that public protection teams deal with “complex” cases where outbreaks occur in settings like schools, prisons and care homes, and where it can be easier to identify staff and others.

Online and call centre teams deal instead with “non-complex” cases in the wider community where it is more difficult to swiftly identify those involved. But some experts say the numbers contacted are still far too low even given that qualification.

Separately, the proportion of people who tested positive and were reached by NHS Test and Trace has fallen again to just 72.6% – down from 79% the previous week.

The 75.5% figure for the “close contacts” is itself a percentage of this 72.6%, leading critics to ramp up calls for dramatic improvements to the tracing service.

“With students going back to school and autumn arriving, the priority must be keeping people safe as lockdown is eased,” she said.

“Despite it being months since we went into lockdown, 1 in 4 close contacts are consistently not being contacted. The Government must take a serious look at its efforts to deliver the comprehensive strategy to test, trace and isolate every case of coronavirus that is needed to keep people safe.”

The department of health and social care pointed out that the three month average identifying and reaching “close contacts” was 80.6%, because the numbers were higher earlier in the year.

It added that the three months average was even higher at 88.3% “for those we had contact information for”.

Sage, the independent scientific advisory group, warned since early in the pandemic that without 80% of close contacts reached swiftly, the virus can spread again.

Last week, the NHS Confederation which represents hospitals trusts, expressed its dismay, saying “we are still a long way from having a fully effective test and trace system”.

The latest statistics also revealed the first decrease in people testing positive for Covid in England since the start of July, when the summer spike began.

Some 6,115 new people tested positive between 13 August and 19 August, a decrease of 8% in positive cases compared to the previous week.

Dido Harding, interim executive chair of the new National Institute for Health Protection, said that this week had been a “milestone” for NHS Test and Trace since it was launched from scratch three months ago.

Harding stressed that the service was consistently reaching “the majority of people testing positive and their contacts”.

“[In total] we have now reached almost 300,000 people who may have unknowingly passed the virus on. This country now has the capacity to test for coronavirus and trace contacts on an unprecedented scale to stop the spread of the virus.

“I urge everyone to use NHS Test and Trace to help everyone get back to a more normal way of life. If you have symptoms, book a test immediately, and if you are contacted by the service, follow the advice you receive.”