The government’s flagship NHS Test and Trace programme is facing fresh criticism after it posted its worst performance on a key target since the service began.

Boris Johnson’s independent scientific advisers have repeatedly warned that stopping the spread of the disease requires more than 80% of “close contacts” of people with Covid reached by the system to be identified and then told to self-isolate.

But figures for the latest weekly update show that just 69.4% of those “close contacts” – defined as being within two metres of a Covid carrier for more than 15 minutes – are actually being reached.

They came as it emerged that capacity problems with the service mean that those requesting a test have been directed to centres hundreds of miles away.  The government has now said it will limit the service to offer only test centres that are within a 75-mile radius.

In the past week, a focus of tests on lockdown areas and care homes has seen people living in Suffolk offered tests in Blackburn.

This is the 10th week running that the 80% target has not been reached, although government insiders insist that the figures are much better when taking into account the number of contact details that are provided by the public.

There was better news for the government for the statistics for the total percentage of people reached by the service after testing positive for Covid-19, which now stands at 81%.

The two percentages multiplied together mean that something in the region of 56% of all possible close contacts of positive cases have actually been reached. 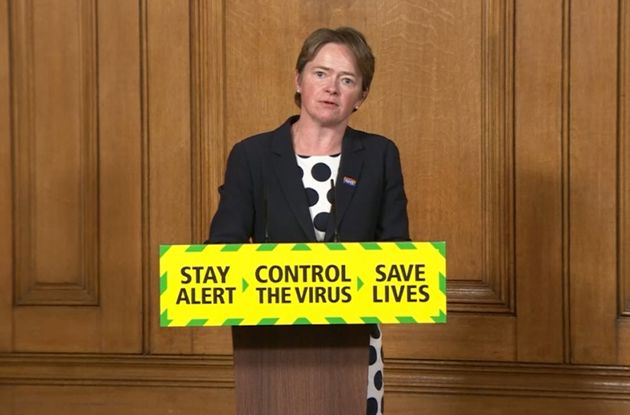 Shadow health minister Justin Madders said: “With cases on the increase and the government pushing for everyone to return to work it is more important than ever that Test and Trace is working to its potential.

“It is therefore hugely disappointing to see that the number of people the system reached went down again in the last week. There is also clearly a problem with testing infrastructure as people across the country are sent hundreds of miles for testing appointments.

“With over 100,000 tests every day not being used it is clear there should be enough capacity in the system to cope with demand. Ministers need to urgently get to the root of this problem so that speedy testing is available for all who need it.”

Dido Harding, the interim executive chair of the National Institute for Public Health, preferred to point to the overall success of the system since it was launched from scratch in late May.

“NHS Test and Trace has been operating for more than three months and during that time it has consistently reached the majority of those testing positive and their contacts – almost 330,000 people at risk of unknowingly passing the virus on,” she said.