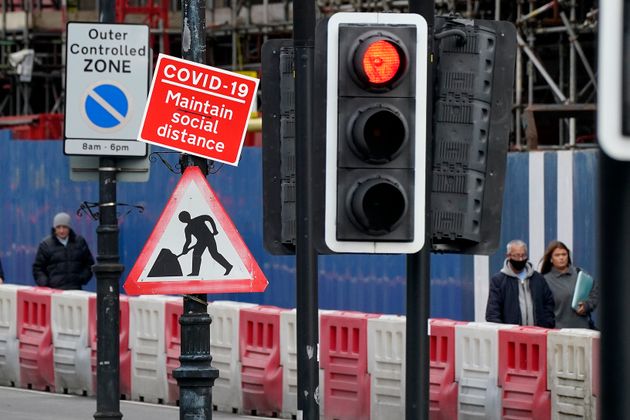 Under the proposed system, different parts of the country would be placed in different categories, with areas in the highest level expected to face the toughest restrictions.

The classification of areas will determine what kind of “appropriate interventions” will be introduced to tackle the spread of the coronavirus outbreak in each area.

These measures could force pubs and restaurants to shut as millions of people in the north of England are facing a possible ban on mixing indoors and outdoors from Monday.

The new lockdown system of “Local Covid Alert Levels” will be unveiled by prime minister Boris Johnson on Monday. He is expected to chair a top level COBR committee meeting on Monday “to determine the final interventions” that he will put to Parliament. MPs will be asked to debate and vote on the measures later this week.

Johnson is also set to hold a press conference in Downing Street with Chancellor Rishi Sunak and the chief medical officer Professor Chris Whitty on the same day.

The government’s announcement will follow warnings that the UK is now at a “tipping point” in the fight against Covid-19.

England’s deputy chief medical officer Professor Jonathan Van-Tam said the country was at a point similar to the first wave of coronavirus, but that history could be prevented from repeating itself.

He said the best way to keep transmission low and stop the NHS being overwhelmed was for people to follow self-isolation guidance, wash their hands, wear face coverings and social distance.

He added: “Earlier in the year, we were fighting a semi-invisible disease, about which we had little knowledge, and it seeded in the community at great speed.

“Now we know where it is and how to tackle it – let’s grasp this opportunity and prevent history from repeating itself.”

One leading scientist went further on Sunday, saying a second national lockdown is a possibility and stringent measures are needed to avoid it at all costs.

Professor Peter Horby, of the University of Oxford, told the BBC’s The Andrew Marr Show on Sunday that the country was in a “precarious position” with rising coronavirus case numbers, hospital admissions and deaths.

It comes as the number of people in hospital with coronavirus increased across every part of England on Saturday – rising to 1,167 in the north west from 725 previous week.

A further 15,166 lab-confirmed cases of coronavirus in the UK were reported on Saturday, and 81 more deaths were confirmed of people who died within 28 days of testing positive for Covid-19.

Separate figures published by the UK’s statistics agencies show there have now been 58,000 deaths registered in the UK where Covid-19 was mentioned on the death certificate.

A Downing Street spokesperson said: “Our primary focus has always been to protect lives and livelihoods while controlling the spread of the virus and these measures will help achieve that aim.

“We must do everything we can to protect the NHS and make sure it can continue to deliver the essential services that so many people rely on.

“This is a critical juncture and it is absolutely vital that everyone follows the clear guidance we have set out to help contain the virus.”