Fans of the cult TV series Glow have been left devastated following the news that Netflix has cut its run short.

The wrestling-based comedy was originally supposed to return to the streaming giant for a fourth and final series, on which production began in February.

However, due to the coronavirus pandemic, filming was halted, with the creators confirming that it has now been scrapped completely. 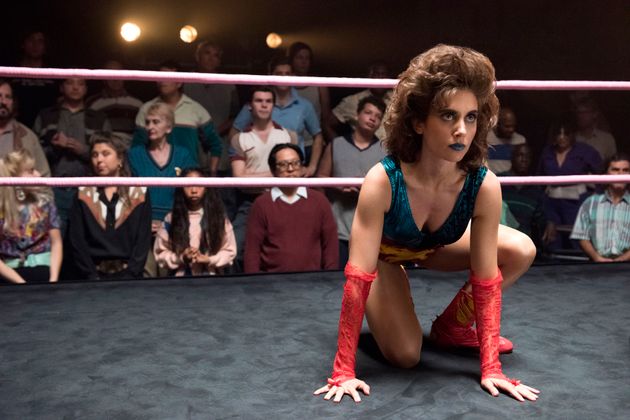 “Covid has killed actual humans. It’s a national tragedy and should be our focus,” the show’s creators said in a statement to Deadline. “Covid also apparently took down our show.

“Netflix has decided not to finish filming the final season of Glow. We were handed the creative freedom to make a complicated comedy about women and tell their stories. And wrestle. And now that’s gone.

“There’s a lot of sh*tty things happening in the world that are much bigger than this right now. But it still sucks that we don’t get to see these 15 women in a frame together again.”

They ended their statement with a call for fans of Glow to register to vote.

Fans of the show have been voicing their disappointment on social media since the news broke:

What bullshit is this, @netflix?? https://t.co/gChnX6CZ5Ypic.twitter.com/FA4qHEbxmG

Netflix cancelling GLOW due to covid-19 has got to be the dumbest ideas ever.

Why not just postpone shooting until everything gets better, not wrap it up. Goddammit it’s the final season and you’re doing a Sense8 all over again.

I’m genuinely pissed that #GLOW isn’t being allowed to have another season. Dammit, @netflix

Act of god and all that, but this stinks. The s3 finale is NOT a satisfying ending in any way. And the number of Netflix shows that are now getting their legs cut out from under them mid-story is getting absurdly high. https://t.co/jjD2YoAvQx

Omg I’m SO upset. ⁦@GlowNetflix⁩ is a brilliant show and I’ve already seen seasons 1-3 twice. The acting, music, and characters are truly amazing. And there is so much unresolved in the stories. 😭 Terrible. 😡 Shame on ⁦@netflix⁩ ⁦!! https://t.co/n5xl0mxFza

Well, this really sucks. I was looking forward to this. https://t.co/huPntjii6t

I can’t believe @netflix had the nerve to cancel #GLOW with all of the garbage they produce.

this is really devastating. GLOW meant so much to me, and it really deserved the chance to end how it wanted to https://t.co/U8kGTjdRo5

I keep thinking I’m okay then I remember what Netflix have done to #GLOW and the fact that Betty never got the Emmy she deserves.

still can’t believe it got cancelled but GLOW is one of the best and most unique netflix originals and everyone should go watch it pic.twitter.com/3CCEjhQtsT

Pretty gutted about GLOW being cancelled. Comedy-drama is so difficult to get right but this one was actually funny AND had moments of real poignancy. And the cast was superb. pic.twitter.com/KUpuym2Xng

A Netflix spokesperson explained the streaming service’s decision to cut the show short, saying: “We’ve made the difficult decision not to do a fourth season of Glow due to Covid, which makes shooting this physically intimate show with its large ensemble cast especially challenging.”

Glow launched in 2017, and is based on a group of female wrestlers in the 1980s who dub themselves the Gorgeous Ladies Of Wrestling (hence the name of the series).

The show stars Alison Brie in the lead role of “Zoya The Destroya”, with Betty Gilpin, Sydelle Noel and British singer Kate Nash also among the cast.

No.10 Reveals 17,000 Contacts Of Missing Covid Cases Still Not Traced