Disney fans got a much-awaited nostalgia kick on Friday, when the live-action remake of Mulan was finally made available to stream.

The reimagined film was originally slated for release in cinemas earlier this year, but for obvious reasons, these plans were shelved, with Mulan eventually made available to purchase for Disney+ subscribers last week.

Since then, viewers have been sharing their thoughts on the film on social media, with many pointing out one very special cameo.

Towards the end of the film, an “esteemed guest” introduces Mulan to the emperor, at the end of her epic adventure, with fans pointing out this character was played by Ming-Na Wen.

Ming-Na voiced Mulan in the original film, which was released in 1998, and fans were loving the decision to include her in the remake…

Ming-Na Wen in Mulan is the cameo the 90’s kids deserved. ❤️ #Mulanpic.twitter.com/OXP6NVjBPD

Ming-Na Wen has a cameo in #Mulan and it’s all I can ask for from 2020 TBH pic.twitter.com/G8uR1S4NDT

“The flower that blooms in adversity is the most rare and beautiful of all.” 🌸 #Mulan

I was really hoping for this and I’m so happy that @Disney made it come true!!!!! Ming-Na Wen the original Mulan who voiced her in the animated movie had a cameo in the live action remake!!!!! So Happy 🙌🏼🙌🏼🙌🏼 @MingNa@yifei_cc@DisneysMulan#Mulanpic.twitter.com/GvNUPla6CB

Just finished #Mulan. My favorite was seeing Ming-Na Wen (the voice of the 1998 Mulan). pic.twitter.com/PMhBUThvuf

I’ll never forget Ming-na Wen walking down the aisle and introducing Mulan to the emperor. The goosebumps I got and the tears that welled in my eyes tho 🥺🥺 pic.twitter.com/kP4pnvLZI2

The actor was originally supposed to have a larger role in the film, but due to scheduling issues with her TV series The Agents Of S.H.I.E.L.D., Ming-Na was unable to make it work.

She told the New York Times: “They came up with this great idea where instead of shooting an entire scene, I’d just make a cameo at the very end to announce Mulan to the emperor.

“I thought that was very appropriate and just wonderful, a little Easter egg where I could pass the baton. And this time, they only needed me there for a week. So it all worked out.” 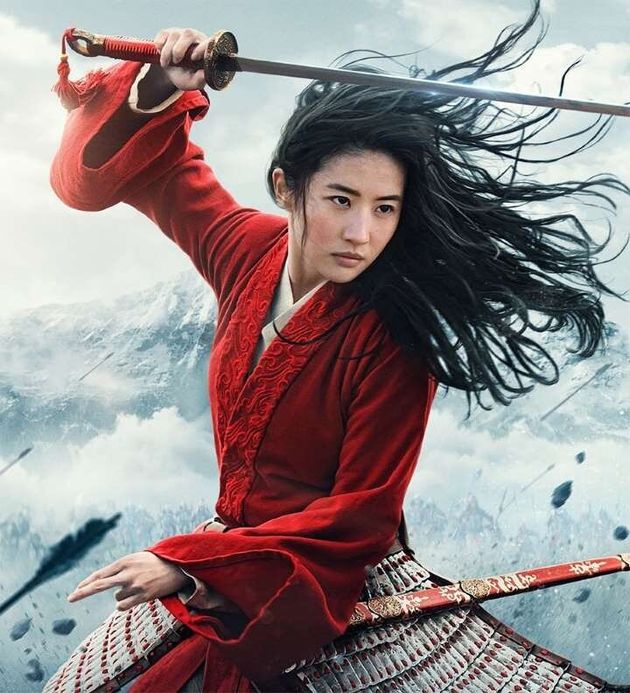 Mulan was well-received when critics saw it for the first time earlier this year, but the film hasn’t been withouts its controversy, including when leading star Liu Yifei voiced her support for the police in Hong Kong, sparking some to call for a boycott of the film.

Many fans were also disappointed to learn that the original songs featured in the classic film would not be appearing in the remake, which is available to purchase for £19.99 to those who already have a Disney+ subscription.

HuffPost may receive a share from purchases made via links on this page.