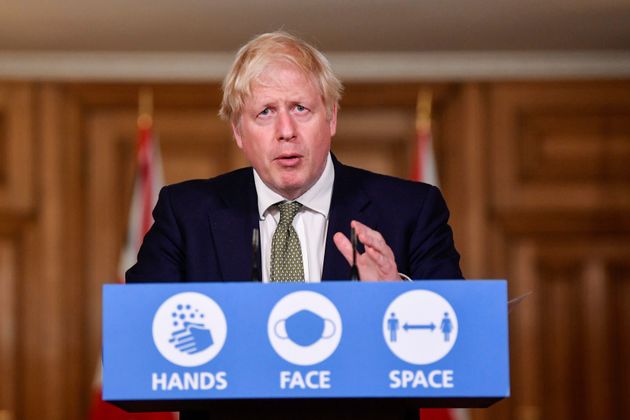 Three motions supporting the alert levels – medium, high or very high – for local lockdowns were waved through after a debate on Tuesday.

But there was drama as Tory backbenchers staged a rebellion over the curfew for pubs by forcing a vote to underline their anger to the government over new restrictions.

They were unable to inflict a symbolic defeat on the government, however, as the motion was approved by 299 votes to 82.

The debate saw some Conservative backbenchers hit out.

Conservative MP Chris Green also resigned as a ministerial aide over the coronavirus restrictions on Tuesday night, saying the “attempted cure is worse than the disease”.

In a move that adds to the pressure on Johnson, Green, who represents Bolton West, said the Greater Manchester lockdown had “failed to control the number of positive tests” and there were “better alternatives to the government’s approach”.

He wrote in a letter to the PM: “By taking the current approach to Covid-19 we are creating many other health problems, which are leading to pain, suffering and death.

“The closure of pubs, restaurants and cafes combined with the reduction of footfall on our high streets has brought many family-owned businesses in my constituency to the brink of collapse and pushed others over the edge.”

During the debate, Edward Leigh, Conservative MP for Gainsborough, said rebels were trying to “hold [the government] to account” over the economy, adding no MP wants to let this thing rip”.

He said: “It’s up to us, it’s up to the older population, to take self responsibility and those who care for them. […] We have to shield elderly people. They are the people at risk, but we have to get the country back to work.

“We simply cannot go on bailing out businesses – we are going bankrupt. […] We have to allow people to work and therefore I think the whole approach needs to be changed.

“If we go on cancelling heart operations, if we drive people into mental health difficulties, if we close down businesses, we are paying a terrible price and there has to be a balance.”

It comes amid growing opposition to new restrictions among Conservative backbenchers and as Labour demands a “circuit breaker” three-week lockdown to clamp down on the virus.

Johnson said on Monday he was taking a “balanced approach” with the new three-tier system, but it has since emerged he ignored scientists’ advice to impose a slew of stringent measures, including a short national lockdown.