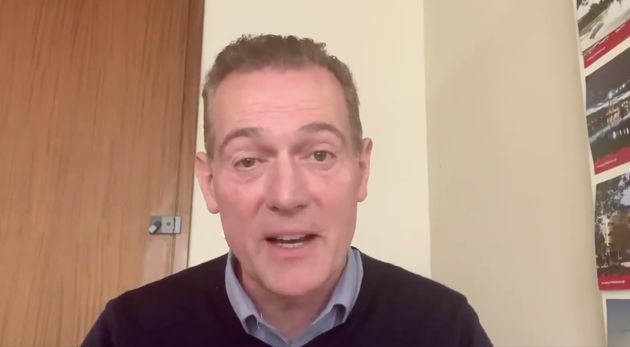 The mayor of Middlesbrough has vowed to “defy the government” over the latest coronavirus lockdown restrictions in his town, accusing ministers of “monstrous ignorance”.

On Thursday health secretary Matt Hancock announced that people living in Liverpool, Warrington, Hartlepool and Middlesbrough will be banned from mixing with those they do not live with “all settings” apart from outdoor public spaces.

The new restrictions will come into force on Saturday morning at one minute past midnight, Downing Street has said.

In a video message posted on Twitter: he said: “I have to tell you that I think this measure has been introduced based on factual inaccuracies and a monstrous and frightening lack of communication and ignorance.

“I don’t accept this statement at all. I don’t accept the measures. We need to talk to government. They need to understand our local knowledge, expertise and ability to get things done and preserve jobs and well-being.

“We’re really disappointed. As things stand, we defy the government and we do not accept these measures.

“We need to get Covid under control and we need to work with people to find a way of preserving jobs and mental health.”

We tried to communicate with govt but they didn’t listen

“We have tried hard to communicate with govt and get them to listen – but they didn’t engage.

“We proposed measures that would do what govt seeks but would also protect viable jobs and preserve mental health.

“They are now imposing restrictions that will kill viable jobs and damage mental health.

“Right now I do not accept the government’s intended restrictions because they are based on ignorance.”

The latest restrictions were announced after Middlesbrough Council confirmed it had requested the government to ban people from visiting other households, but said it did not want rules introduced to ban six people from mixing in bars and restaurants.

Middlesbrough has seen soaring infection rates in recent weeks and recorded an increase of 38 positive cases on Tuesday, giving the town an infection rate of around 122 per 100,000 of population.

Hancock told the Commons on Thursday: “We recommend against all social-mixing between people in different households.

“We will bring in regulations, as we have in the north-east, to prevent in law social mixing between people in different households in all settings except outdoor public spaces like parks and outdoor hospitality.

“We also recommend that people should not attend professional or amateur sporting events as spectators in the areas that are affected.”

He added: “We recommend that people only visit care homes in exceptional circumstances and there will be guidance against all but essential travel. Essential travel, of course, includes going to work or school.”

Middlesbrough MP Andy McDonald, taking a different tone from the mayor, described the latest restrictions as “sadly inevitable” but “necessary” in order to tackle the spread of the virus.

He said: “The further restrictions for Middlesbrough and Hartlepool announced today are sadly inevitable. I’ve said before that no one welcomes further restrictions, but we on Teesside sit next to seven neighbouring north-east local authorities where tighter restrictions have been imposed for some time now because of worryingly high rates of Covid-19.

“Middlesbrough rates are consistently above 100 cases per 100,000 – albeit a welcome but slight reduction in the last 24 hours – and sadly the tighter restrictions around household mixing are necessary as the data is telling us that people mixing across households is the root of the increases we’ve been seeing.

“Of course, I am worried about how long these restrictions might go on for. But the sooner we take action to suppress the virus in our area, the better chance we have of seeing the rates drop and consequently an earlier relaxation of the restrictions.

“So, I’m afraid – as well as the restrictions on households mixing and the rule of six – it is the same as ever: hands, face and space. We will come out of this in better shape if all strive to keep to the rules.”

Here’s What Another Trump Victory Would Mean For The World