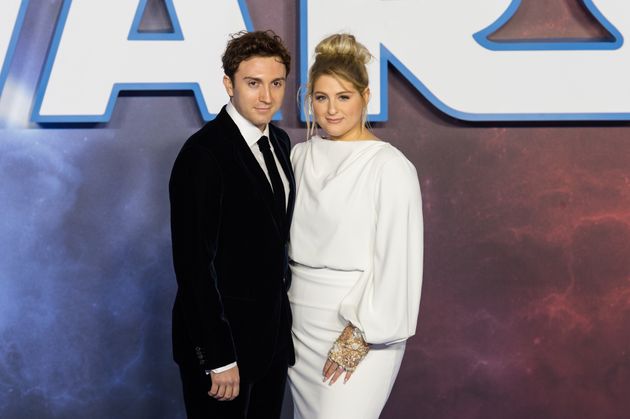 Meghan Trainor has revealed she’s pregnant with her first child.

The singer announced her news on the Today Show in the US, sharing that she and her husband Daryl Sabara are going to become parents.

“I’m very good as you can tell, it’s all Christmas here,” she said on the show, before adding: “But there’s other news that I’m dying to tell you and my heart’s pounding out of my chest.”

She then said “Hit it, Daryl,” to her husband, who announced: “We’re pregnant!”

The mum-to-be said she was “so excited, we couldn’t sleep”, adding that they’ve been waiting for “so long”.

Trainor said back in October that she wanted to make “a bunch of babies”, and said her dream was to have triplets.

The couple wed in December 2018, after meeting in summer 2016. Previously speaking about their relationship, Trainor said: “Every day feels like our first date. He treats me like a queen. My life is like a fairy tale.”