Meghan Markle sat down with feminist activist Gloria Steinem for a conversation in Santa Barbara, California, over the weekend. They discussed the need for representation, the importance of women of color to the Democratic Party, and why it matters that Prince Harry (and little Archie) are also feminists.

The chat, which was organised by Yahoo’s Makers series, marked the Duchess of Sussex’s latest foray into the conversation about American voting rights.

Photographer and director Matt Sayles, who focuses on “a more inclusive image of beauty” directed the video — in which Meghan and Harry’s two dogs, Guy and Pula, also make surprise appearances. 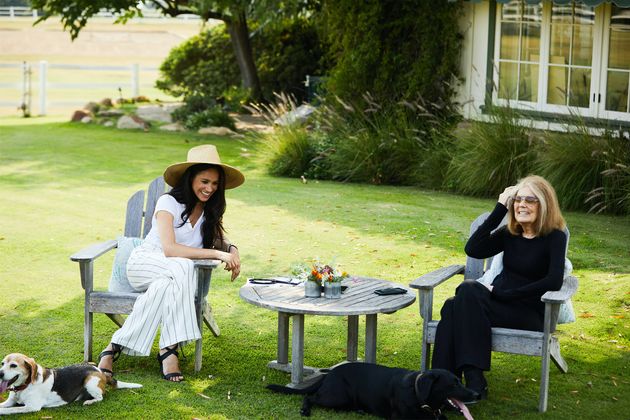 Steinem started off the talk by saying that she was “so glad” that the duchess is “home.”

“Me too. For so many reasons,” Meghan responded.

The conversation that followed covered a range of political subjects, but they focused primarily on the importance of voting in the upcoming election.

“We’ve been rescued by women of color in all of our recent elections because of a vote of conscience and compassion,” Steinem said. “The heart of the Democratic Party has been Black women, actually, and now there is a potential vice president who is Black and that’s exciting.”

Meghan said that she was “excited to see that kind of representation” for very personal reasons.

“You know, for me, being biracial — growing up, whether it was a doll or a person in office, you need to see someone who looks like you in some capacity,” she said.

When the duchess pointed to examples of how the digital space can allow harmful and destructive thoughts about race to fester, Steinem said that the voting booth “is the only place where we are all equal.”

“If you don’t vote you don’t exist,” the longtime activist said, adding that “we not only have to vote but we have to fight to vote.”

Meghan later said she is “very concerned” about voter suppression, and that  she had reached out to former Georgia gubernatorial candidate Stacey Abrams about ways to combat some of those tactics.

“I had the chance to speak with Stacey Abrams about this to try to get a better understanding of what to do, for example, if you’re a person of color and you’re in line, for potentially hours on end,” she said. “And during that time someone tries to intimidate you … And then you think, ‘You know, it’s not worth it.’

“That’s bad enough,” she continued, “but then there’s a ripple effect because whoever is in the back of the line says, ‘Whatever they did to them … I don’t want that to happen to me.’ That, I think, is so frightening. But I wonder how we circumvent that and how we get people to feel empowered.” 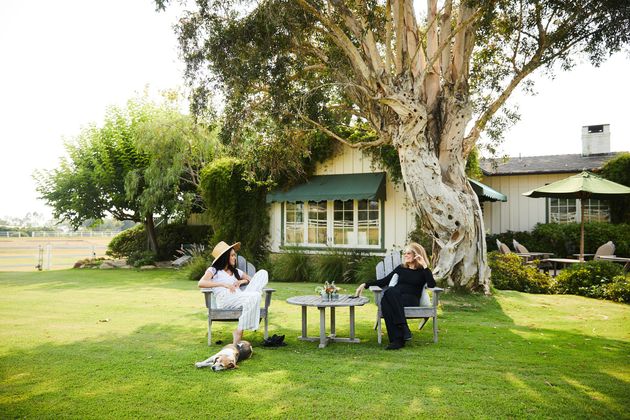 Toward the end of the video, Meghan noted that Prince Harry had stopped by before filming and told Steinem, “You know that I’m a feminist too, right, Gloria? It’s really important to me that you know that.”

That was “wonderful,” Steinem said, and Meghan spoke of the importance of being married to a man who considers himself a feminist.

“I look at our son and what a beautiful example that he gets to grow up with a father who is so comfortable owning that as part of his own self-identification,” she said. “That there’s no shame in being someone who advocates for fundamental human rights for everyone, which of course includes women.”

“And also that he is a nurturing father,” Steinem said. “Because then your son will grow up knowing it’s okay to be loving and nurturing.”

“Well said. I know it’ll mean a lot to him when I share that,” Meghan responded. 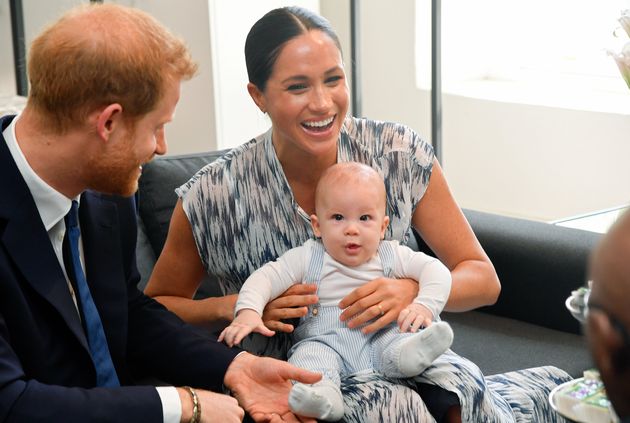 With the US election just over two months away, the Duchess of Sussex has repeatedly spoken up about the importance of getting everyone ― especially women ― to the polls.

Meghan joined a virtual hangout last week organised by the United States of Women and When We All Vote where she spoke about how much “work” there is to be done before November “because we all know what’s at stake this year.” Commentators like Piers Morgan criticised her statement, calling her “brazenly partisan” — despite the fact that she did not mention a party or politician — and saying the Sussexes should lose their titles.

Earlier this month, Meghan spoke with The 19th’s Emily Ramshaw about voter suppression and the 19th amendment, and participated in a Marie Claire feature explaining why she’s voting in the upcoming election.

“I also know that so many men and women have put their lives on the line for us to be heard,” she told the magazine. “And that opportunity, that fundamental right, is in our ability to exercise our right to vote and to make all of our voices heard.”

Meghan’s emphasis on voting increased only after she and Prince Harry stepped back as working members of the royal family this year, though she had made her political views known prior to marrying him.

There is no law barring members of the British royal family from voting, but senior members are expected to avoid electoral politics, and the queen is expected to remain politically neutral.