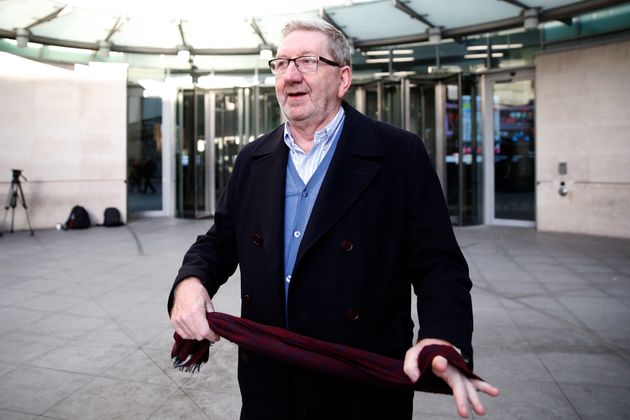 Unite boss Len McCluskey has warned Keir Starmer his union could further cut its funding to Labour if he takes the party in a “different direction”.

The left-wing general secretary, who remained a staunch ally to Jeremy Corbyn throughout his leadership, fired a shot across the bows after a high-level meeting saw the union slash some of its support to the party.

Unite’s executive backed a move to reduce its affiliation to Labour by around 50,000 members, meaning financial contributions will fall by around 10% from the union, which gave some £7m in donations to the party last year.

It comes after Starmer emerged victorious over Corbyn’s favoured successor Rebecca Long-Bailey in the Labour leadership contest in April.

Fears have been growing on the left of the party that Starmer is steering the party away from Corbyn’s socialist agenda.

The vote by the Unite executive was close-run – 25 to 23 – with Howard Beckett, one of the favourites to succeed McCluskey as general secretary, backing a larger cut.

Unite General Secretary, Len McCluskey, explains to #Newsnight why there will be reductions in funding from Unite, Labour’s biggest donor, to the Labour Party.

Speaking to BBC Two’s Newsnight, McCluskey said: “We give significant amounts of money to the Labour Party. And I well remember when I first took over as general secretary of this union ten years ago, my members everywhere were saying ‘why are we giving the Labour Party so much money?’

“Because they felt that New Labour was letting them down. And there will be that demand again. I have no doubt if things start to move in different directions and ordinary working people start saying, well, I’m not sure what Labour stand for. Then my activists will ask me, why are we giving so much money?”

McCluskey went on to say that there was unlikely to be a “dramatic move to disaffiliate from the Labour Party” entirely by Unite.

Starmer’s critics claim he is preparing to renege on key Corbyn policy pledges such as free tuition fees and the nationalisation, something denied by those close to the leader.

Labour sources also said it was unlikely those backing further disaffiliation of Unite members had enough support to go further.