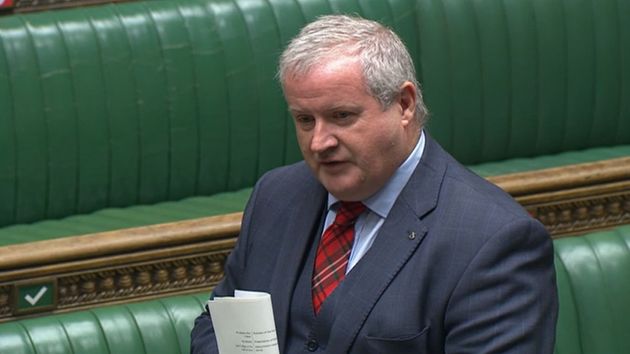 SNP Westminster leader Ian Blackford has said MP Margaret Ferrier “let the country down” and her position “isn’t tenable” after she travelled from Glasgow to London having tested positive for Covid-19.

The MP for Rutherglen and Hamilton West provoked widespread anger and faces growing calls to resign from opponents, her constituents and those within her party.

Ferrier is no longer an SNP MP having lost the whip but remains representing the area as an independent.

Blackford told the BBC’s Good Morning Scotland Ferrier may have broken the law and has made a “tremendous error of judgement” and added: “I would say to her that her position is no longer tenable.”

Blackford told BBC’s Radio 4 Today programme that Ferrier may have broken the law, and said: “This is a very serious situation.

“That we have been living with this Covid for a number of months. Now, people are making enormous sacrifices.

“And MPs have to be judged to the highest standards.

“And, we have a situation here that not only has the guidance been broken, but the law has been broken.

“And, I would simply say to Margaret that people will expect her to reflect on the situation that she has put herself in.”

He also admitted he first learned of her positive test on Thursday morning, though Ferrier was not suspended until later in the day.

He added: “This is a desperately serious situation that’s taken place.

“At the end of the day, we should be judged by the actions that we take.

“And it’s clear that Margaret travelled to London having had a (Covid) test, and having then been informed that she had tested positive, did the journey in reverse.

“That is not only wrong, it is a breach of the law.”

On Friday morning, Kirsty Blackman MP added: I agree with David Linden. Margaret Ferrier must resign. Both David and Margaret are unparalleled campaigners for our party but in this circumstance David is right. Margaret’s actions cannot be overlooked.”

Scottish Tory leader Douglas Ross and MSP Ruth Davidson have both called for Ferrier to stand down as MP.

Speaking to Times Radio, Ross said Ferrier had been “reckless and dangerous”, adding: “We expect politicians to lead by example and follow the guidance we are setting – we are law-makers.

“Margaret Ferrier was part of the process to enable these laws to be enacted across the country and her actions are reckless, they are dangerous, they are undermining everything we are doing as a country to try and get on top of this virus.”

He criticised the SNP, saying: “There’s an awful lot of questions to be answered here as to when the SNP found out.”

Scottish Labour leader Richard Leonard has called Ferrier “reckless” and has also called for her resignation.