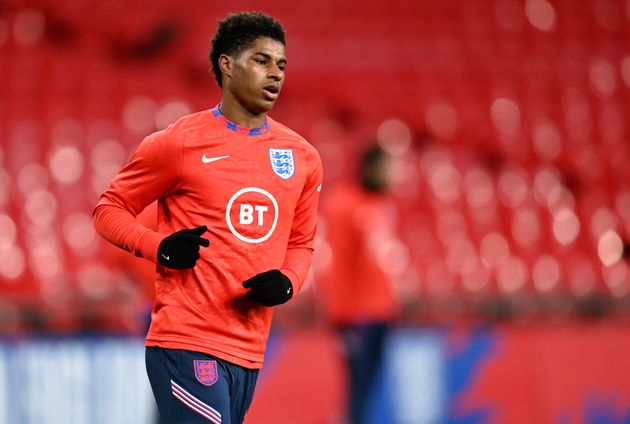 England footballer Marcus Rashford has launched a parliamentary petition calling on Boris Johnson to expand free school meal vouchers for millions of poor children over the October half-term and Christmas.

Supported by 20 charities and key figures in the food industry, the Manchester United striker also called for the provision of free meals to all households on Universal Credit, plus the extension of food vouchers to all low income pregnant women and pre-school youngsters.

The footballer, who was awarded an MBE last week for his role in helping deprived children, stepped up the pressure on the prime minister as new data released by the Food Foundation revealed that 1.4 million 8-17 year olds visited foodbanks over the summer holidays.

Following a viral campaign in July, Rashford forced the government into a dramatic U-turn to extend free school meal vouchers to cover the summer, but now says that a wider strategy is needed.

His petition, which campaigners hope will force MPs to debate the issue if it passes the 100,000 mark, calls for the expansion of free school meals to every child from a household on Universal Credit or equivalent, reaching an additional 1.5million under-17s.

It further calls for the expansion of holiday food to support all children on free school meals, reaching an additional 1.1million children, as well as an increase in the value of the Healthy Start vouchers to £4.25 per week and given to all on Universal Credit.

Rashford said: “For too long this conversation has been delayed. Child food poverty in the UK is not a result of Covid-19. We must act with urgency to stabilise the households of our vulnerable children.

“In 2020, no child in the UK should be going to bed hungry, nor should they be sat in classrooms concerned about how their younger siblings are going to eat that day, or how they are going to access food come the holidays.

“The school holidays used to be a highlight of the year for children. Today, it is met with anxiety from those as young as 7-years old.”

“Today, millions of children are finding themselves in the most vulnerable of environments and are beginning to question what it really means to be British. I’m calling on you all today to help me prove to them that being British is something to be proud of.”

Emma Thompson, ambassador of the Children’s Right2Food Campaign, added: “In the sixth richest economy in the world these figures speak for themselves. There is absolutely no need for any child to go hungry in the UK.”

Anna Taylor, executive director of Food Foundation said: “School holidays are a financial pressure point which many families just can’t afford at the moment. Hunger does not take a holiday.

“The government needs to put in place a permanent solution to school holiday hunger While children have been spared the virus, they have not been spared it’s economic impacts and we must act to protect them.”

Rashford has secured the backing of the Co-Op supermarket chain, Deliveroo and Kraft Heinz.

Andrew Forsey, national director of Feeding Britain, said: “Holiday clubs providing nutritious meals, enriching activities, and childcare this year proved themselves to be flexible, adaptable, and robust enough to deliver high-quality services for children and their families. But their coverage remains patchy.

“A multi-year funding settlement is required so that clubs can offer this provision across the whole of England.”

Saffron, a 15 year-old from Portsmouth, said: “After the U-turn this summer, it felt like the government finally understood that children can’t be left to go hungry during the holidays.

“But now we’re back in the same position of having to ask for help. Covid-19 isn’t going away, and even more families are struggling. Children need support during the holidays now more than ever.”

A government spokesperson defended the provision given so far but refused to say if meals would be extended in the half term holiday.

“We have taken substantial action to make sure children and families do not go hungry by extending free school meals when schools closed, increasing welfare support by £9.3bn, and giving councils £63 million to provide emergency support to families for food and other essentials.

“We also appreciate it has been a challenging time for families, which is why we have increased the safety net available to them with income protection schemes, mortgage holidays and support for renters.

“We are grateful to Marcus Rashford for his work shining a light on the significant challenges families are facing at this time.”