Lorraine Kelly has jumped to the defence of actor Tom Hollander, following his interview on her daytime show.

During Friday’s edition of Lorraine, the host spoke to Tom and his co-star Tom Taylor about their recent appearance in the BBC drama Us, although unfortunately, things didn’t exactly go smoothly.

First of all, there was some slight confusion over which “Tom” Lorraine was directing her questions to – not that it mattered, because it soon emerged that only one of them could actually hear her.

“I’m sorry Tommy!” Lorraine said. “It’s all these communication problems isn’t it? It’s like when you’re Zooming your pals and everyone’s like ‘what?’” 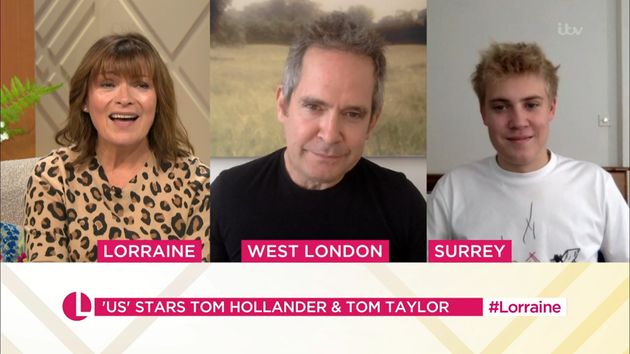 Sticking up for Tom Hollander on Twitter, Lorraine tweeted in response to one such story: “I actually thought he was adorable – zoom calls can sometimes be tricky.”

I actually thought he was adorable – zoom calls can sometimes be tricky. https://t.co/j9ZFza2sgp

This isn’t the first time in recent history that Lorraine has been in the centre of an awkward moment on her show, though.

Over the summer, she found herself digging a hole when she slated the new film version of Cats to Bonnie Langford, only to discover her niece was among the cast.

“Can I say, she was brilliant but the rest of it was not so good,” Lorraine quickly backtracked. “But she was fabulous!”

Lorraine airs every weekday from 9.15am on ITV.