There was a surprise in store for Ruth Langsford during Wednesday’s edition of Loose Women, as producers dug up an old clip of her from the early days of her career.

Ruth was anchoring a special “Loose Loved Ones” episode of the ITV daytime show with her husband Eamonn Holmes, alongside Peter and Emily Andre, when the conversation turned to aging.

As a producer told Ruth in her ear-piece that they’d found a clip of her from 1985, she declared: “You’ve got a clip of me? Oh no, what have you dug up now?”

Viewers – and Ruth – were then treated to an incredible throwback clip, showing the presenter doing some continuity announcements during her very first job working at a regional ITV channel. 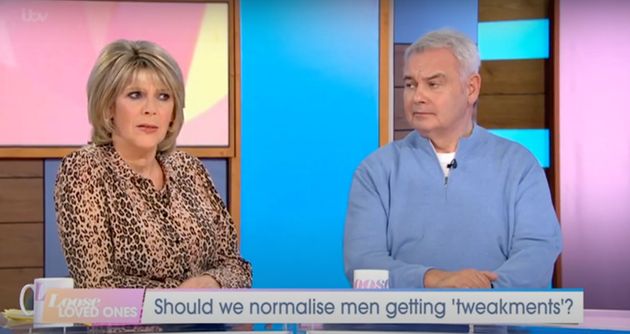 As the panellists pointed out how “nicely-spoken” she appeared in the clip, Ruth explained: “That is so old! I was a continuity [presenter]… Princess Diana voice, because we all spoke the Queen’s english.

“That was my perm! And I remember that blouse was from Next when Next very first opened.”

She then jokingly tried to revert back to her soft-spoken tones from the 80s to introduce what was coming up, but evidently found it all a little tough to keep up with… 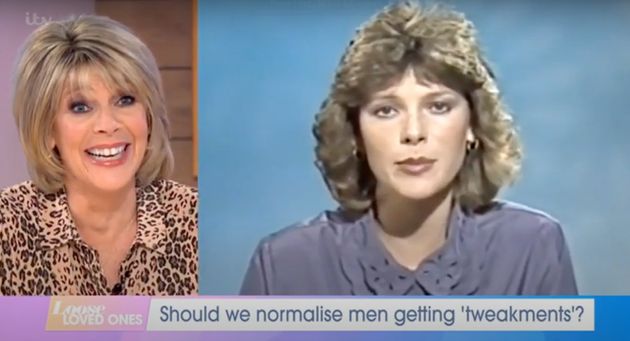 During the episode, Ruth and Eamonn spoke about their first meeting, which he revealed actually took place “on a street corner”.

“I wasn’t working, Peter, don’t give me that face,” Ruth quickly interjected, after which Eamonn revealed that he met his future wife while she was “waiting for a taxi” and he was, apparently, “the taxi”.

“I looked at her in my rearview mirror, and I had her at that,” Eamonn claimed. “That was it.”

Did you know Ruth and Eamonn met on a street corner? 😂

﻿Loose Women airs every weekday at 12.30pm on ITV.