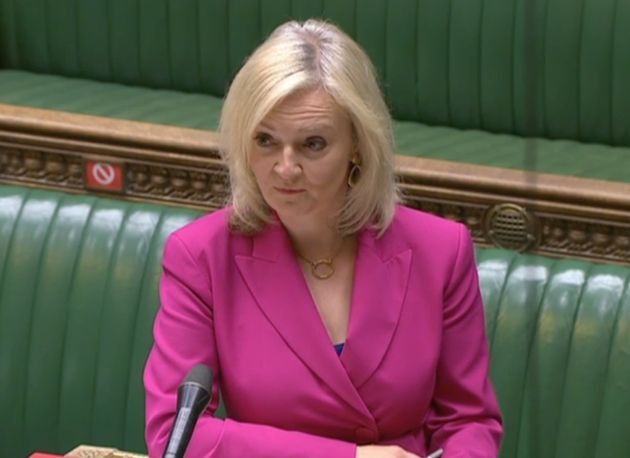 Tory MP Crispin Blunt has warned ministers its rejection of trans people’s right to self-identify their gender is not backed by MPs.

The former minister also told Liz Truss, women and equalities secretary, that her controversial decision has caused “crushing disappointment” and anger in the trans community.

Truss confirmed in a ministerial statement on Tuesday that Boris Johnson’s government would not update the Gender Recognition Act and allow trans people to legally change the gender without a medical diagnosis.

Amnesty International has described the decision as “extremely worrying” and a string of MPs hit out at Truss in the Commons on Thursday.

Truss, however, has said three more clinics will open and that the process will be “kinder and more straightforward” – namely by moving the process online and reducing the £140 fee to a “nominal” amount.

Asking an urgent question on the matter, Blunt told MPs: “Does (Truss) understand the crushing disappointment of trans people with the content of her statement on Tuesday when set against the consultation on which it was based?

“Does she appreciate that trans people cannot discern any strong or coherent reason for this screeching change of direction?”

“Does she appreciate that her statement does not command a majority in this House and will she confirm that is one of the reasons she is unable to propose any legislation?

“She has presented the House with an inherently unstable settlement that will have to be addressed hopefully sooner rather than later.”

Blunt went on to further target Truss, saying Johnson should not have given her the dual roles of trade secretary and equalities secretary.

He said: “Her acquisition to the women and equalities brief in 2019 was hardly planned. The prime minister had done her and the nation no favours by continuing to over-burden her after the election at such an extraordinary time for trade.”

Shadow women and equalities minister Marsha de Cordova, meanwhile, said: “After three years of toxic debate it is deeply disappointing that this government has let trans people down and dropped its plans to reform the Gender Recognition Act.”

Responding to Blunt, Truss said the “settlement we have reached balances the rights and upholds the rights of transgender people and of women”, saying it protects access to single-sex spaces.

She added: “I believe that we have come to the right conclusion which is in line with other major nations.”