The government released news via the media that the legal limit on social gatherings in England would be cut from 30 to six in a bid to stem the spread of coronavirus.

But Hoyle has blasted Hancock for his “total disregard” of parliamentary rules, saying he should apologise for not telling MPs on Tuesday when he announced fresh lockdown measures for Bolton.

The Speaker went on to warn the Cabinet minister he would agree to urgent questions every day, meaning Hancock would be forced to regularly appear at the despatch box to explain policy.

Hoyle said he accepted decisions are taken in a fast-moving way, but added: “It’s really not good enough for the government to make decisions of this kind in a way which shows insufficient regard for the importance of major policy announcements being made first to this House and members of this House wherever possible.”

Hoyle said he had written to Hancock criticising his behaviour and said: “I expect the secretary of state to apologise to members and make sure that this chamber knows first of when he was fully aware of what was going to be said later. 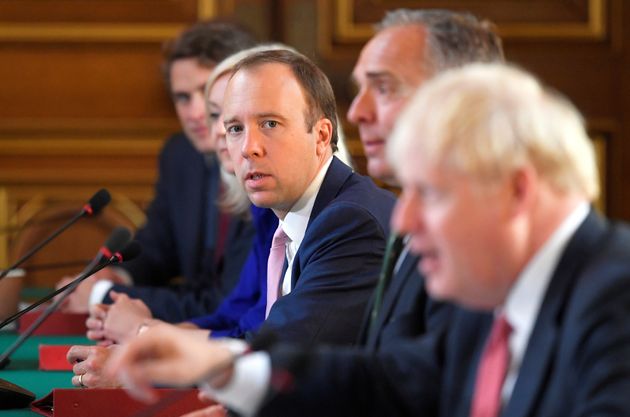 “And let me say, if this minister wants to run this chamber ragged I can assure you now I’m sure a UQ (urgent question) every day might just begin to run him ragged.”

Cutting the legal limit on gatherings from 30 to six was agreed on Tuesday, with chief scientific officer Patrick Vallance and chief medical officer Chris Whitty agreeing urgent action was needed.

It signals growing unease about the possibility of a second wave taking hold in the UK.

The cap will apply both indoors and outdoors – including in private homes, parks, pubs and restaurants.

But gatherings of more than six people will be allowed where the household or support bubble is larger than six, or where the gathering is for work or education purposes.

Weddings, funerals and some organised team sports will also be exempt.

The crackdown follows the biggest jump in infections in more than three months on Sunday, when new cases hit almost 3,000.

A Minute Of Kindness: Project Q – ‘We use hair as a form of social justice’