The Loose Women were given the responsibility of revealing the latest Dancing On Ice contestant on Wednesday, but bosses might not rush to get them to do it again.

That’s because panellist Linda Robson ended up ruining the big announcement after getting a bit too excited by some clues. 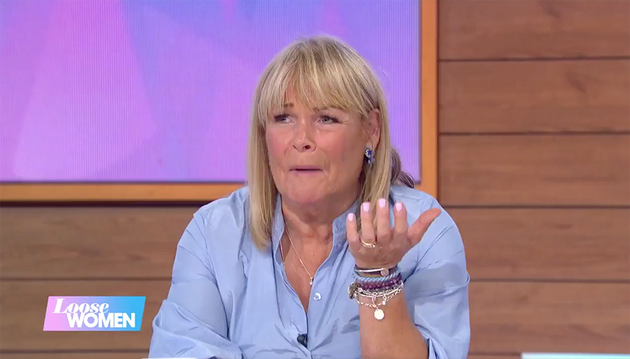 Viewers of the ITV daytime show were were given a series of hints about who was the latest star to sign up to the skating competition, which were contained in an envelope Linda was asked to open.

It contained a pictures of fellow Loose Women panellist Denise Welch, a fox, a van, and a full English breakfast.

Linda was initially baffled by the clues, complaining that they made no sense, but as Kaye Adams then went on to introduce a commercial break, Linda – who is coincidentally nicknamed Baggy Mouth by her co-stars – blurted out the correct answer.

“Denise Van Outen!” she shrieked, prompting Kaye to bury her head in her hands, as Janet Street Porter and Brenda Edwards could be heard laughing.

Later in the show, Denise was – somewhat unsurprisingly – confirmed as a DOI contestant, dropping in via Zoom to talk to the panel about it. 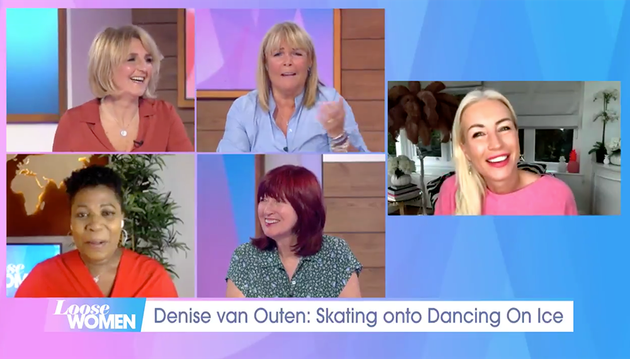 “I’m really excited, I can’t believe it and finally I get to tell people!” said former Big Breakfast host Denise, who also competed on The Masked Singer as Fox earlier this year.

“Hopefully I’ll be able to skate because I literally cannot stand up on ice and every time I’ve taken Betsy [her daughter] at Christmas time to a rink I’ve been the one on the penguin!

“After the year we’ve all had it’s going to be lovely and refreshing to see a bit of sparkle, a bit of glamour and see us all happy and smiling enjoying ourselves on the ice.”

Denise joins TV and radio presenter Myleene Klass and Emmerdale actor Joe-Warren Plant on next year’s Dancing On Ice line-up, with more names set to be announced over the coming days.

The show is scheduled to return for its 13th series in January, and will once again be hosted by Holly Willoughby and Phillip Schofield.