Lily Allen and David Harbour could be one step closer to walking down the aisle, as they’ve applied for a marriage licence in Las Vegas.

According to public reports seen by TMZ, Lily and David acquired the document over the weekend, which is valid for one year.

This means they have a one-year window to get married in before the licence expires.

TMZ also pointed out that there’s no record of a marriage certificate yet, meaning the pair are yet to actually tie the knot. 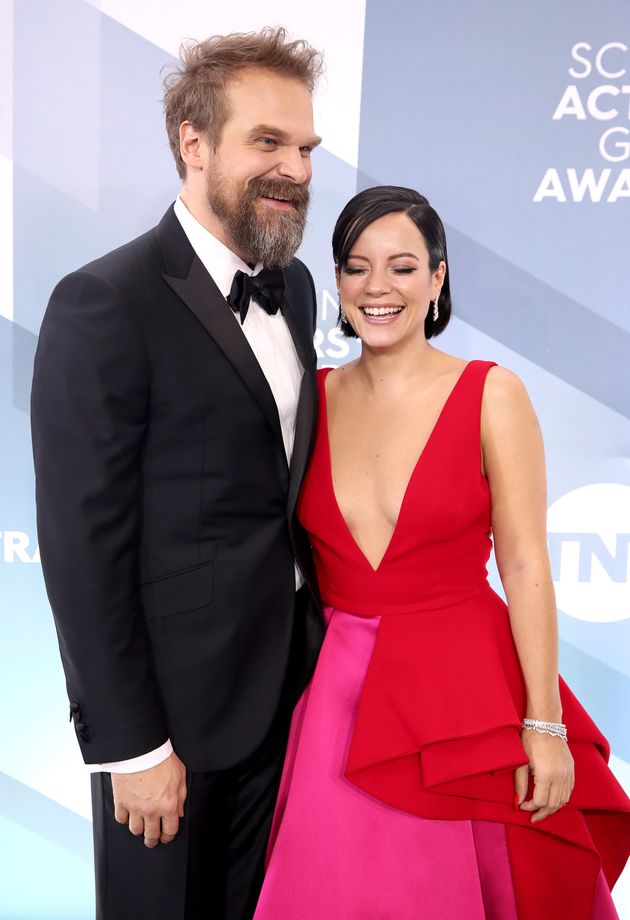 The chart-topping singer and Stranger Things actor were first rumoured to have been dating in October last year, when they were photographed kissing in New York.

Days later, she seemingly confirmed the relationship on her Instagram Story, sharing a photo of the actor’s bicep with the caption: “Mine.”

During lockdown, Lily has been self-isolating at home in London with David and her two children, Ethel and Marnie, from her previous marriage to ex-husband Sam Cooper.

Back in May, she fuelled rumours that she and David were set to marry when she posed for a mirror selfie while sporting a not-so-subtle ring on her engagement finger, and posted a cryptic message when questioned about it by a fan.

Lily separated from husband Sam Cooper in 2015 after almost four years of marriage, eventually divorcing in 2018.

Following this, she dated grime MC Meridian Dan, but they split in January 2019 after three years together.

Prior to that, he went out with Julia Stiles for four years between 2011 and 2015, and was engaged to Forgetting Sarah Marshall actress Maria Thayer.