With over 10 million of us hooked on Doctor Foster, the Suranne Jones-fronted drama was one of TV’s biggest success stories of the 2010s.

Now, three years on from its conclusion (there’s still no sign of a third series, sob), writer and creator Mike Bartlett is debuting his latest offering Life –  but it turns out his penmanship is not the only thing the two shows share.

Ahead of Life’s debut on Tuesday night, here’s everything you need to know about the series… 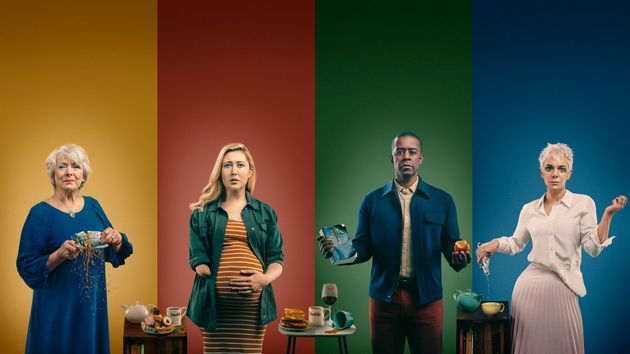 What is Life’s connection to Doctor Foster?

Other than both being penned by Mike Bartlett, Life shares a universe with Doctor Foster, with one of the characters crossing over into this new drama.

At the time, her world came crashing down when husband Neil had cheated on her once again, despite his pledges to stay faithful to her after previous affairs.

Anna later announced she was leaving him to move to Edinburgh and live with her sister – but not before a showdown with Gemma, during which she shared some home truths about her poisonous relationship with ex-husband Simon.

Three years on from the conclusion of Doctor Foster, Anna is now living in Manchester and going by the name of Belle.

So what is Life actually about then?

Life focuses on a house in Manchester that has been divided into four flats, thus introducing us to the interweaving stories of the four households, covering love, parenthood, loss and self-discovery.

Belle is one of the residents, and after getting her life back on track, it is soon plunged into disarray again with the hospitalisation of sister Ruth, and the subsequent arrival of wayward niece Maya. 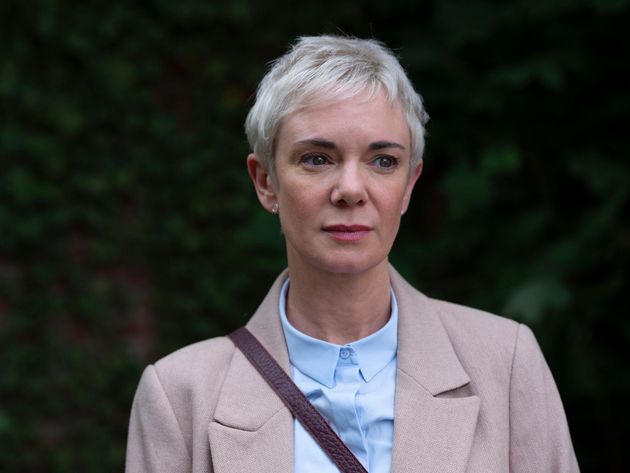 Elsewhere, fellow resident David goes on holiday without his wife Kelly and has his head turned unexpectedly by Saira.

Heavily pregnant Hannah, who has recently coupled up with Liam, is surprised by her connection with Andy, the father of her unborn child, who has been away travelling for the duration of the pregnancy.

Meanwhile, Gail bumps into an old friend who makes a startling observation about Gail’s marriage to Henry.

Of the series, Mike Bartlett says: “I wanted to write about isolation and its opposite – community.

“I used to live in a flat that was part of a divided up old house. You could hear intimate details of your neighbours’ lives, but when we passed in the corridor we barely exchanged two words. I was fascinated in that apparent contradiction.

“Also, quite simply, I wanted to write about how amazing people could be when faced with the difficulties and tragedies of life. In every household in the country there are some of the biggest stories occurring, every day,” he adds.

Who else is in the cast?

Life boasts a stellar cast, with actors from the likes of Gavin & Stacey, Hustle and Doctor Who starring alongside Victoria Hamilton (The Crown, Lark Rise To Candleford, Victoria & Albert). 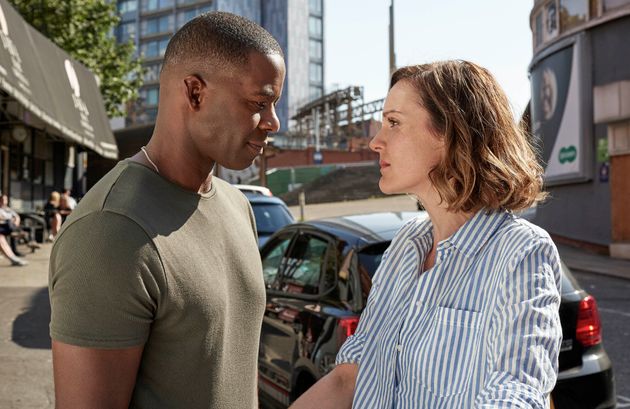 “He’s having a very tough time in his marriage and he’s suffering because of it,” Adrian explains, “And then he meets someone new who he becomes very interested in…” 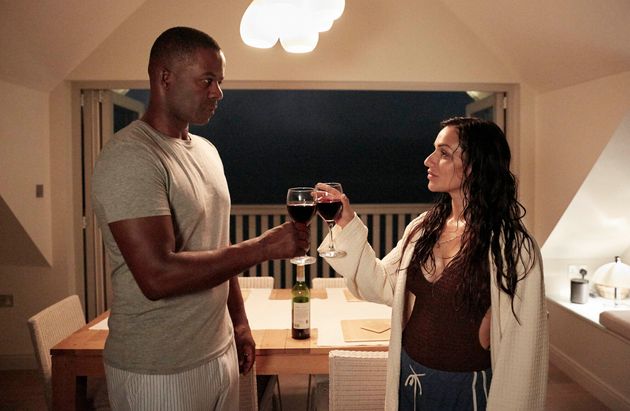 Alison Steadman (Gavin & Stacey, Boomers, Hold The Sunset) appears as Gail, who is at a turning point in her life as she turns 70.

“She’s reevaluating things and thinking, should I change? Should I go in a different direction?” Alison explains. “At her 70th birthday, the way he treats her, she suddenly begins to realise, yes, I have been subject to him making fun of me for all these years and I haven’t fulfilled my life. I haven’t done what I want to do. I’ve always been at his command. So Gail decides to make a change, quite a radical change, which is very upsetting for everyone.” 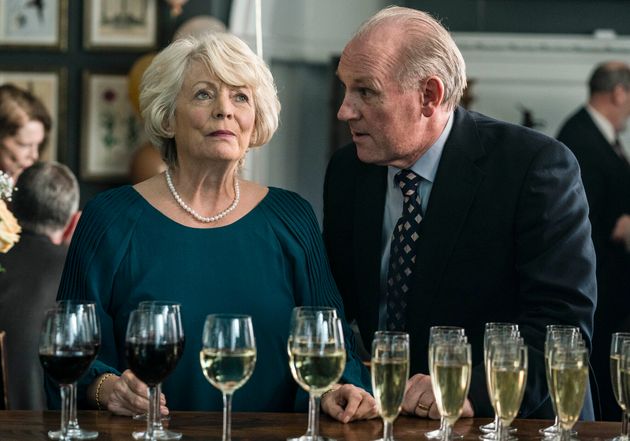 Originally Gail and her husband Henry, who is played by Peter Davison (Doctor Who, At Home With The Braithwaites, Law & Order: UK) owned the house, but were forced to convert it into flats when Henry lost their money.

Melissa Johns (Coronation Street, The Interceptor, I Hate Suzie) plays Hannah, who lives in the fourth flat and is pregnant after a one night stand with Andy, played by Calvin Demba (Hollyoaks, Sherlock, Kingsman: The Golden Circle). She has recently embarked on a relationship with Liam, played by Joshua James (I Hate Suzie, McMafia, Black Mirror).

But when Andy returns from travelling, Hannah has these uncontrollable feelings of lust and excitement that she doesn’t have with Liam. 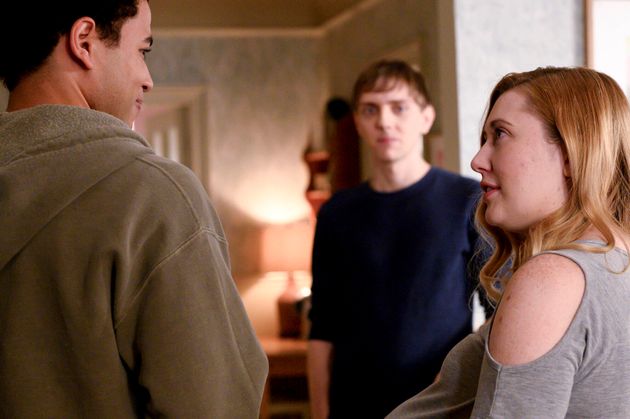 “Ultimately, that puts her in a really difficult situation because she realises that these two men offer her two totally different things,” Melissa says. “Liam is going to offer what should be a strong family unit, but Andy offers her this potential whole other life.”

Erin Kellyman (Solo: A Star Wars Story, Les Miserables, Raised By Wolves) also appears as Belle’s 15-year-old niece Maya, who comes to live with her after Belle’s sister is no longer able to look after her. 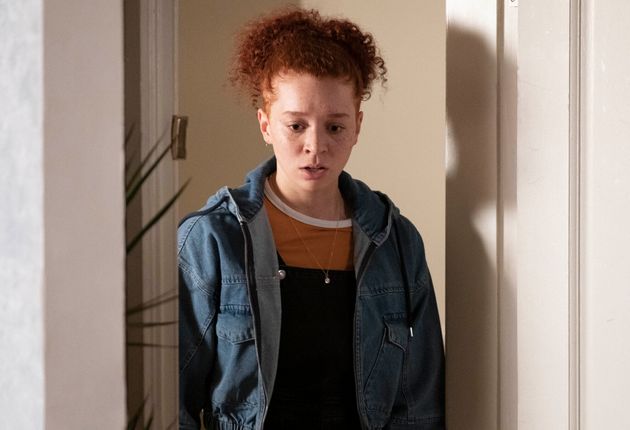 “Maya’s story is about her trying to understand her family dynamic and where she fits in,” Erin says. “And also the challenges of having a mum with a mental illness, and an auntie who doesn’t really want her in the house either.” 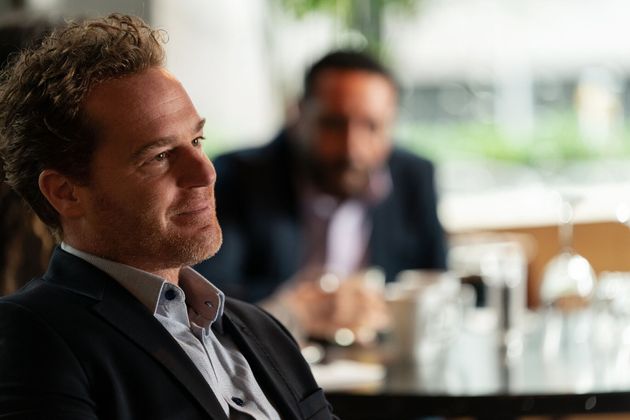 Why did the writer resurrect the character of Belle?

Put simply, Mike had some unfinished business with the character after Doctor Foster finished.

He explains: “When I was writing some of her final scenes in Doctor Foster, the character surprised me when she said she was moving completely away to a new city. Starting again. That felt like a story full of potential and one I hadn’t necessarily seen – a woman in her mid-40s, married for a lot of her adult life but now divorced, and keen to start again.

“I also found Belle’s voice came very easily when writing, and that’s a good sign there’s lots of fun to be had with the character.” 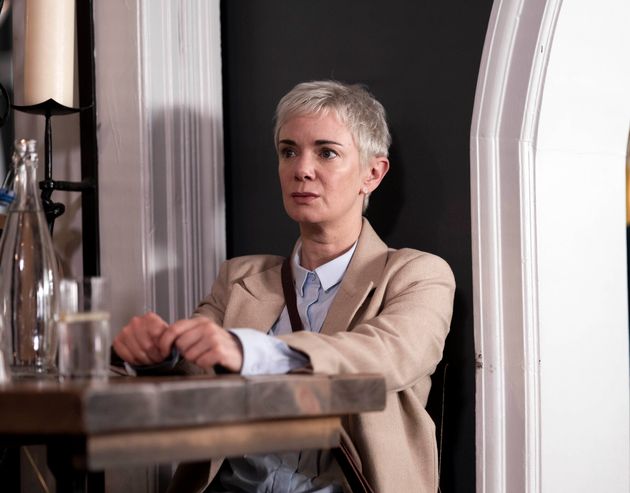 He adds: “Secondly I wanted to work more with Victoria Hamilton. She’s one of the finest stage actors there has ever been, and I wanted to write a leading role on screen for her to get her teeth into.”

However, Victoria didn’t initially realise she was playing her Doctor Foster character again

When the actor first got her scripts from Mike Bartlett for Life, she had not clocked that Belle was in fact Anna, who she first played in 2015.

“And I emailed him and went, ‘She’s quite like Anna.’ And he just sent back this very short email saying, ‘Yes. It is Anna. Anna-Bel. Anna, Belle. Of course it’s the same woman, how could it be any other woman, what’s wrong with you.’ Well, he didn’t say what’s wrong with you, but it was there in silent brackets.”

Alison Steadman has one scene you must look out for 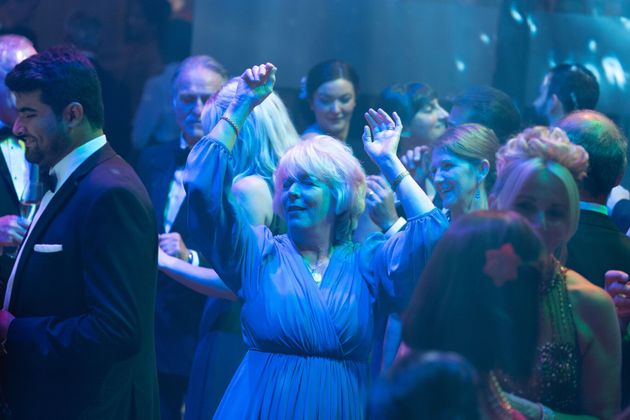 We all know Pam Shipman loves to bust a few moves in Gavin & Stacey, but we’ll see a whole new side to Alison Steadman’s dance abilities in Life, according to writer Mike Bartlett.

Recalling one of his favourite moments from filming the series, he says: “There’s a moment where Gail has to dance like she’s never danced before. And safe to say Alison didn’t disappoint!”

Why should I watch it?

“What’s refreshing about Life is that it’s a story about, as Mike would say, ‘life’,” says Peter Davison, who plays Henry. “It’s not a detective story. It’s not a costume drama, or a drama about how wonderful the past used to be. There’s not a nostalgia to it. It’s just a slice of life there in front of you, and you have to draw your own conclusions from it.”

When is it on?

Life begins on BBC One and BBC iPlayer on Tuesday 29 September, at 9pm.

All six episodes will then be available as a boxset on BBC iPlayer, with the series continuing weekly Tuesday nights at 9pm on BBC One.