Handing over your phone to a complete stranger for repair is always a bit of a worrying moment, but spare a thought for Lewis Capaldi who’s recent experience is the stuff of actual nightmares.

The chart-topping star had some next-level concerns about the contents of his camera roll, which he only realised after he’d already dropped off his phone at the Apple Store to fix a smashed screen.

Lewis was left fretting that the phone engineer was about to get an eyeful of something very unexpected, should they have decided to snoop through his iPhone. 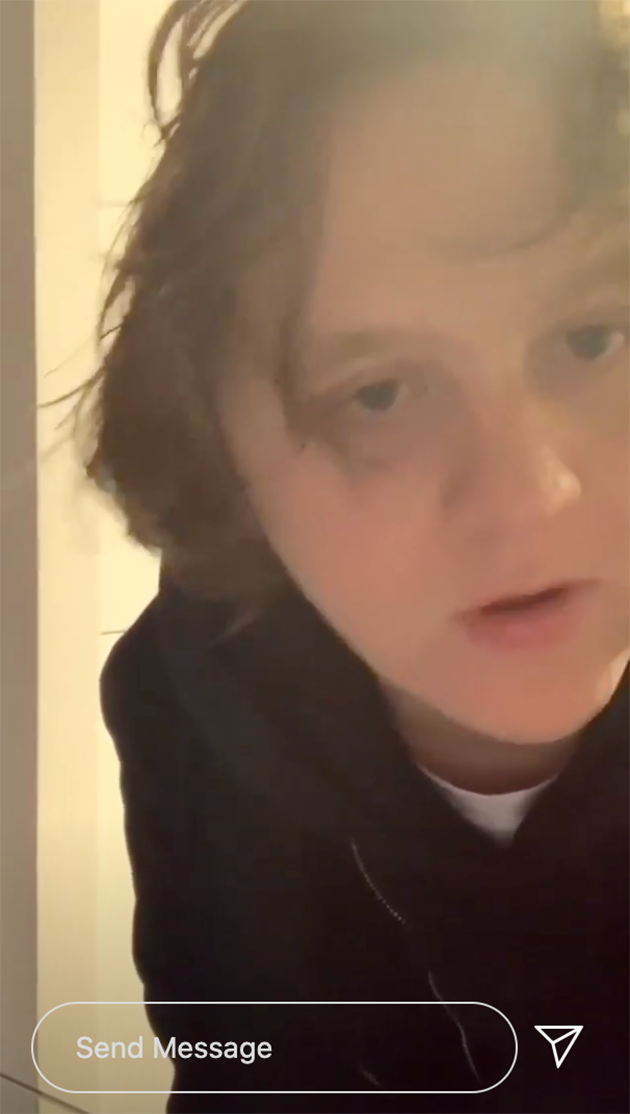 The Someone You Loved singer detailed the episode on his Instagram Story, and let’s just say the whole thing was very Lewis Capaldi.

We’ll let him take it from here…

He began: “So I’ve just handed my phone to the Apple Store cos I smashed the screen and stuff.

“This really horrible feeling dawned on me as I was walking back to my Air BnB, which was that a few months ago, I took pictures to see if I had haemorrhoids – the butt hole – and I’m a bit concerned I did not delete those pictures.

“I don’t know, I’m sure they’re all consulate professionals, but if someone goes, ‘oh it’s Lewis Capaldi, let’s look through his pictures,’ they’re going to see a picture of my arsehole.

He continued: “I’ve got to pick my phone up in an hour or so, I’ll let you know what the man says. He was a lovely chap, so if he looks at me [normally] and goes, ‘here’s your phone’, I can wipe the sweat off my brow and live another day knowing that a stranger that works for Apple hasn’t seen my butthole.

“But if he looks at me and goes [looks sheepish], ‘there’s your phone’ or maybe he’s wrapped up in one of those tinfoil blankets that people use when they’re in shock, then I’ll know that guy’s had an eyeful of my hole. Wish me luck.”

He added: “We’ve all been there though, eh guys?… It’s one of life’s funny little things that happens, eh?”

So far, there’s been no update from Lewis on the outcome of the situation, but you can be rest assured we’ll let you know when we get to the bottom of it.