Less Than Half Of UK Population Would Be Vaccinated Against Coronavirus, Says Taskforce Boss - Rugby and Daventry Radio Station Midlands UK

Less than half of people in the UK would be vaccinated against coronavirus, the head of the country’s vaccine taskforce has said, in an attempt to clarify the “misguided” public perception of the programme.

Kate Bingham told the Financial Times there will be “no vaccination of people under 18” which will instead be “adult-only” and focus on “over 50s … health workers and care home workers and the vulnerable”.

She added: “People keep talking about ‘time to vaccinate the whole population’ but that is misguided.”

Bingham said the government was aiming to vaccinate about 30 million people, compared with a UK population of about 67 million, if a successful vaccine against Covid-19 was found.

Experts last week said it may take more than a year for everyone in the UK to get a Covid-19 vaccine should one become available early next year.

Professor Nilay Shah, head of the department of chemical engineering at Imperial College London, said even if a vaccine becomes available in early spring, it does not mean life will be “returning to normal in March”.

He said although the clinical trials for many of the Covid-19 vaccine candidates are currently being fast-tracked, they will still have to demonstrate a protective effect against Covid-19 and go through all the regulatory checks before being rolled out to the population.

Prof Shah, one of the authors of a new Royal Society report on vaccine development and implementation, said: ”(Even if) vaccination does start in the spring, it will take a long time to work through the different priority groups initially, and then the wider population later on.” 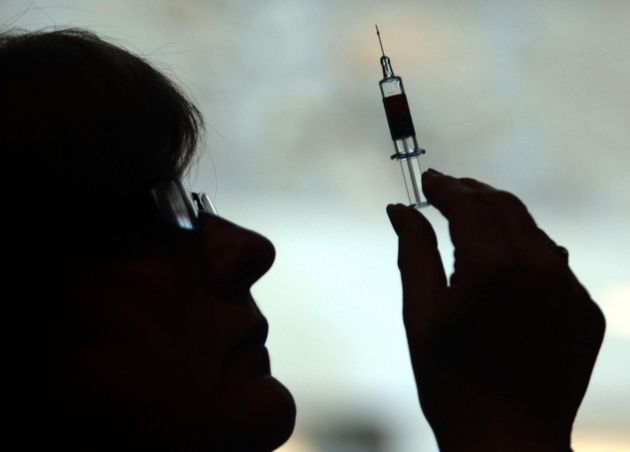 Meanwhile, a technical glitch which meant almost 16,000 Covid-19 cases went unreported has led to a delay in efforts to trace contacts of people who tested positive for the virus.

Public Health England (PHE) said a technical issue resulted in 15,841 cases between September 25 and October 2 being left out of the reported daily coronavirus cases.

Senior officials said the outstanding cases were transferred to NHS Test and Trace “immediately” after the issue was resolved and thanked contact tracers for their “additional efforts” over the weekend to clear the backlog.

All cases were passed on to tracers by 1am on Saturday, meaning potential delays of more than a week in contacting thousands of people who were exposed to the virus and telling them to self-isolate.

PHE said every single person who was tested initially had received their test result as normal, with all those testing positive told to self-isolate.

Shadow health secretary Jonathan Ashworth said: “This is shambolic and people across the country will be understandably alarmed.

This is just shambolic. ‘Technical problems’ means over 15,000 previously missing Covid cases added to the totals for recent days.

Were these cases followed up by contact tracing teams? Are contacts isolating? How does this impact local restrictions?

People will be alarmed. pic.twitter.com/46hOXxyvur

“Matt Hancock should come to the House of Commons on Monday to explain what on earth has happened, what impact it has had on our ability to contain this virus and what he plans to do to fix test and trace.”

On Saturday, professor Graham Medley, an attendee of the Scientific Advisory Group for Emergencies, tweeted: “Reporting delays play havoc with data streams and make them very difficult to analyse in real time.

“If the delays change or vary by group then they can distort a lot. Wonder what these will do to the R estimates next week.”