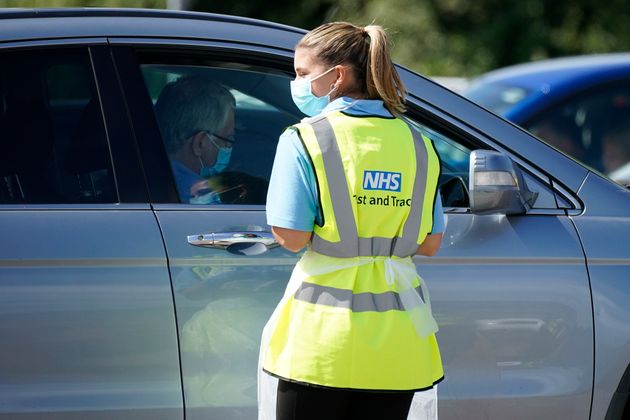 Leading doctors groups have slammed the government’s “worrying” handling of the NHS Test and Trace system and raised serious concerns about the amount of public money “potentially wasted” by the private companies that actually run it.

Following health secretary Matt Hancock’s admission on Tuesday that tests for Covid-19 will have to be rationed amid a surge in cases, the British Medical Association told HuffPost UK “we don’t have a fit-for-purpose testing system”.

“Despite billions changing hands, we don’t have a fit-for-purpose testing system. People can’t access tests, they’re not getting results in time, they’re having to isolate for days on end while waiting for results and we see contact tracers failing to reach enough people.”

The damning comments were echoed by the Doctors Association UK (DAUK), who said the “outsourcing of Test and Trace and privatisations of commercial testing labs has no doubt added to the chaos and may be actively hindering the UK’s effect to control coronavirus”.

Around 35 different organisations are listed as “data processors” involved in the NHS Test and Trace system but only four are NHS bodies.

A further four are Public Health England bodies and another is the Ministry of Defence.

The remaining 26 are private companies such as:

HuffPost UK reported last week that testing centres have been turning away thousands of people, including key workers.

Hancock admitted there were “operational challenges” and that prioritisation was “a choice that we must make”.

But he also blamed members of the public who he said were ordering tests when they had no symptoms.

Dr Samantha Batt-Rawden, DAUK president, told HuffPost UK: “It is unacceptable that the health secretary has seemingly blamed patients and staff for accessing tests inappropriately. This is not the fault of our health service, or of the public, or of staff.”

“We now need honesty from this government about exactly what the problem is, how and when it will be fixed as a matter of urgency.”

The Department for Health and Social Care has been contacted for comment.