It’s fair to say that this year’s VMAs really belonged to Lady Gaga.

Not only did she scoop the most awards during the ceremony – including a new gong called the Tricon Award, seemingly created in her honour – she also gave the stand-out performance of the night.

And she did it all while wearing a mask.

Gaga’s much-hyped performance was her first time on the VMAs stage in seven years, and marked the live debut of songs from her chart-topping album Chromatica, which was released during lockdown.

In what will come as no shock to anyone who’s followed the always-outrageous star’s career, she pulled out all the stops for her performance, which featured two costume changes, a fireman’s pole and, naturally, a piano shaped like a brain.

💗@LADYGAGA AND @ARIANAGRANDE JUST TOOK US TO CHROMATICA AT THE #VMAs 💗

You need to watch this performance right now ⚔️ WHAT AN ICONIC DUO! 🌧 pic.twitter.com/TcjY1Wdz0F

The performance opened with a blast of the instrumental track Chromatica II before transitioning into album cut 911, a fan-favourite moment from her latest release.

Decked in a light-up face covering, she was then joined on stage by Ariana Grande – also sporting a face mask – to perform their number one single Rain On Me, while serving choreography from the song’s iconic music video. 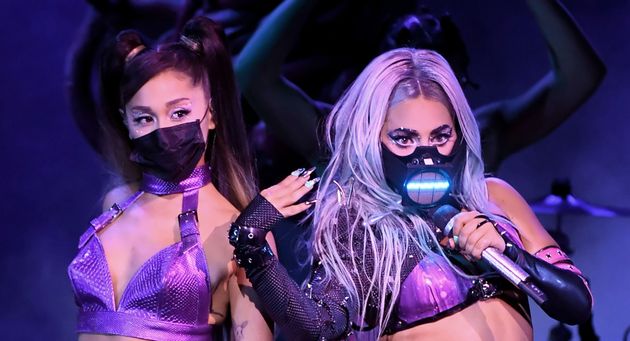 Finally, Gaga slowed things down for an acoustic version of Stupid Love, telling viewers while seated at a brain-shaped piano: “I want your love… I want it all night, every day. But I want you to love yourself. Tonight and every night. Celebrate yourself. Love who you are.

“Be kind, mask up! Be brave. And braver all the time. One, two… make it stupid.” 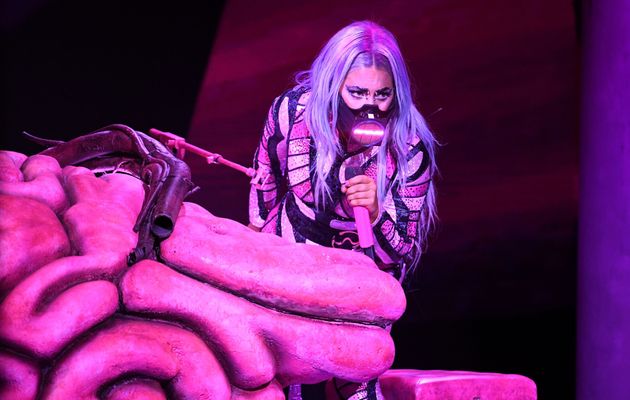 Gaga’s wins at this year’s VMAs included Song Of The Year and Best Collaboration for Rain On Me, as well as Artist Of The Year.

Other performers on the night included The Weeknd, who also scooped the top prize of Video Of The Year, and Miley Cyrus, who paid homage to her Wrecking Ball music video with a stunt involving a disco ball.