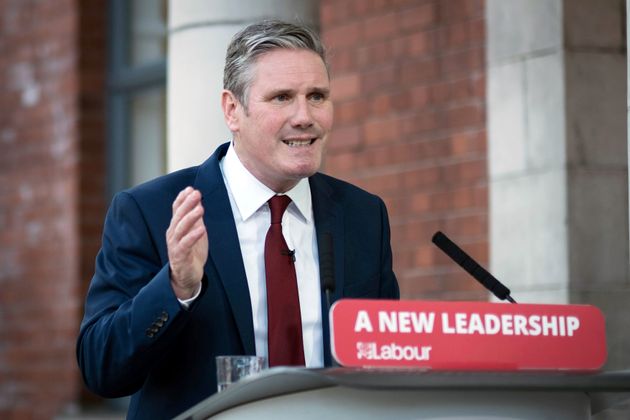 This morning, during his Labour leader speech to a near-empty room in Doncaster, Sir Keir Starmer outlined Labour’s vision going forwards with an emphasis on the importance of family, security, and patriotism.

It was an obvious attempt to distance himself and the party further from Corbyn’s internationalism and collectivism.

Later in the day, this somewhat strange emphasis on patriotism was then re-enforced by shadow foreign secretary Lisa Nandy.

But no, these are the words of a party who only a few years ago mourned the death of one of their own, Jo Cox, who was murdered by an individual shouting the very words “Britain First”.

Like many, I’ve had people regularly tell me to go back to where I came from, as if my brown skin and foreign sounding name don’t fit in with British values.

This kind of rhetoric conjures up many painful and traumatic memories of right-wing discrimination and violence against people of colour – all in the name of nationalism, patriotism, and “preserving British culture”.

Far-right politics and nationalist groups have been around since the 1930s, but really rose in popularity in the 1960s and 70s, with groups such as the National Front and British National Party (BNP) becoming established organisations with relatively large memberships.

And even though these specific groups have dwindled in recent years, we now have the likes of the English Defence League (EDL) gaining popularity. All were and are violently opposed to non-white immigration and multiculturalism, with the EDL taking a specific angle on the perceived “Islamification” of Britain.

Along with the rise of these groups, we’ve also seen the rise of far-right extremism. These beliefs hark back to this deeply entrenched idea that people of colour aren’t really British, unpatriotic, and simply don’t belong in this country.

We are still seen as taking jobs, housing, healthcare, and forcing multiculturalism on the “British way of life”. We are viewed as not having existed or formed part of Britain until the days of the Empire. And because of these views, we are harassed, discriminated against, or worse, have violence inflicted against us.

Like many, I’ve had people regularly tell me to go back to where I came from, as if my brown skin and foreign sounding name don’t fit in with British values.

Growing up in the BNP’s heyday has meant the English flag now holds a lot of uncomfortable and fearful connotations for me, even walking past a house with the flag waving makes me nervous.

Most people do now tend to associate patriotism with the far-right, even though they aren’t intrinsically linked. So, the fact that Labour is situating itself with nationalist and patriotic values and rhetoric will undoubtedly make a lot of people of colour both nervous and angry.

It’s clear that Labour is attempting to reclaim patriotism and shift its associated narratives away from the far-right. A shift that has the potential to work.

However, Starmer’s Labour party is unlikely to make it work, and this is due to its track record of being quite poor on issues that particularly impact people of colour.

These issues include crucial areas such as immigration, housing, and Universal Credit. But the best example to illustrate how Labour has recently treated people of colour is with the leaked report back in April of this year. This report showed racism, Islamophobia, and anti-Semitism running deep within the party, and yet, apart from announcing an investigation, little has been done to tackle or prevent this from happening again in the future.

And so, people of colour were already feeling quite fed up with the Labour party under Starmer’s leadership. From empty statements on migrants crossing the English Channel to calling the Black Lives Matter movement a “moment”, a lot of people have frankly become disillusioned with the party. I know I’ve felt like it isn’t a party who cares or stands for people like me anymore.

This focus on patriotism and “Britain first” rhetoric could be a tipping point for a lot of people of colour who were already on the fence with their party membership.

To be part of a political movement that now serves as a reminder of far-right politics and discourse, and the discrimination and violence so many of us face because of it, will likely no longer be a viable option for many still in the membership.

Shahed Ezaydi is a freelance journalist.

Boris Johnson Scoffed At The Idea Of Enforcing Covid Rules. Now The Army Could Be Used