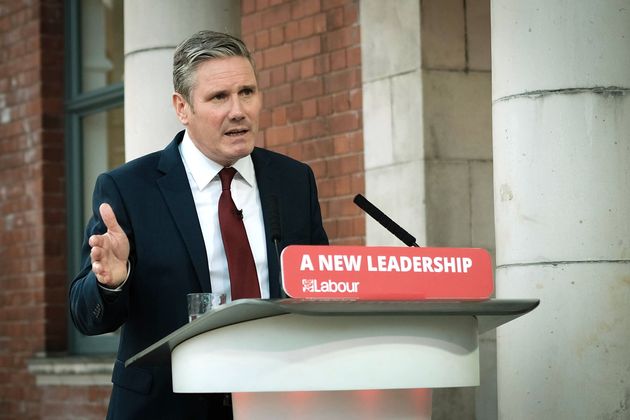 Keir Starmer has called for a two or three week national “circuit breaker” lockdown in England.

The Labour leader’s intervention comes after it was revealed Boris Johnson had rejected the same recommendation from his own scientific advisers.

The prime minister introduced the rule of six, the 10pm hospitality curfew and abandoned his push for people to return to offices.

Starmer said during a press conference on Tuesday that he wanted a “temporary set of clear and effective restrictions” designed to get the R rate down and “reverse the trend of infections and hospital admissions”.

“It would mean only essential work and travel. That everyone who can work from home should do so. Non-essential offices should be closed,” the Labour leader said.

“Household mixing should be restricted to one household except for those who’ve formed support ‘bubbles’.

“And all pubs, bars and restaurants would be closed for two-to-three weeks – but compensated so that no business loses out because of the sacrifices we all need to make.”

Rumours had been circulating in Westminster that a half-term circuit breaker would be on the cards, but Johnson stopped short of imposing the tougher measures called for by Sage.

The scientists’ document, dated September 21, said a package of strict interventions, including a ban on households mixing, was needed to reverse the “exponential” rise in cases.

Sage also suggested the closure of all bars, restaurants, cafes, indoor gyms, and personal services such as hairdressers.

MPs will vote later on Tuesday on the government’s new three-tier system of restrictions for England.

The medium level maintains current national restrictions, high-risk areas will see households banned from mixing indoors, while the third tier will see harsher restrictions including the closure of pubs – unless they can operate as a restaurant.

In a sign of a split between what the government’s scientific advisers want and what the government has so far been prepared to impose, England’s chief medical officer Chris Whitty said on Monday he was “not confident” that even the toughest local level can control Covid-19.

The UK recorded 143 coronavirus deaths in a 24-hour period on Tuesday – the first time the number has surpassed 100 since June.