Not one to wait for her life to be over… or allegedly her boyfriend’s former engagement, Katie Holmes is already seeing some major drama in her new relationship.

This week, the Dawson’s Creek alum went public with her brand new beau, Emilio Vitolo Jr., a New York City-based chef on whom she was spotted passionately kissing during a dinner date on Monday night.

The new couple has been seen out and about together in recent days, but it’s not exactly clear when they linked up. Emilio, however, left a comment on a post on Katie’s Instagram in July, suggesting that they might have been in each other’s orbit for some time now.

The relationship is Katie’s first since splitting up with Jamie Foxx in May 2019 after six (mostly secret) years together, following her marriage to Tom Cruise.

But apparently Emilio’s romantic history isn’t as cut and dried. 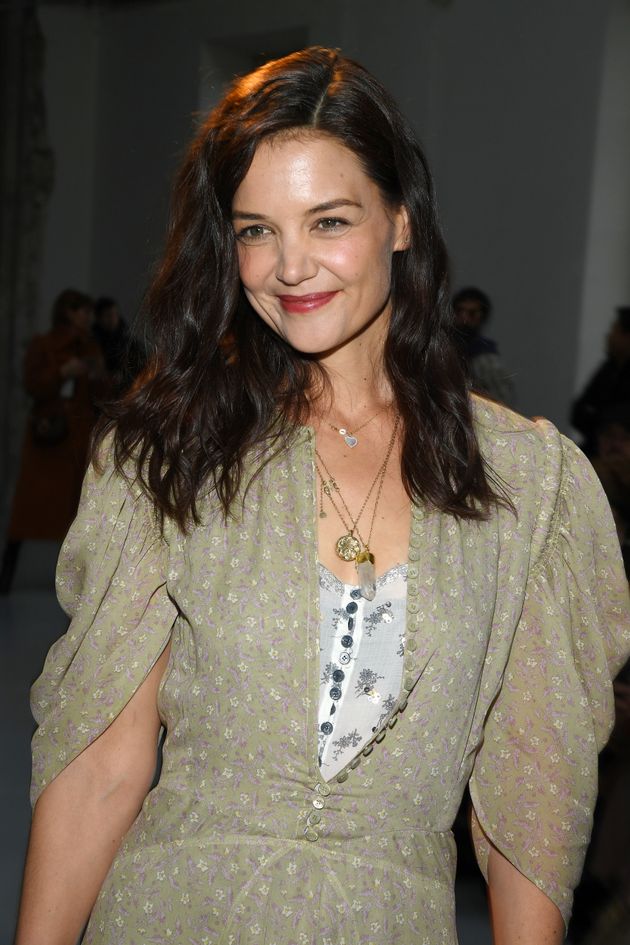 The 33-year-old chef was apparently engaged to designer Rachel Emmons as of very recently if her Instagram feed is any indication.

Rachel frequently shared photos of herself and Emilio over the past few years, including a post announcing their engagement last February.

“The most celebratory, generous, honest, genuine person I’ve ever met. You always have my back and make every day a new adventure,” she wrote alongside a photo of herself beaming at Emilio. “You walk into a room and people gravitate to you. I couldn’t feel more lucky to spend the rest of my life with you.”

Rachel gave her followers lovey updates about her personal life, including how the former couple adopted a puppy last year, as well as their frequent globetrotting travels together.

Per her Instagram, the two were still very much an item as of their last pic together in July, which was posted after Emilio left a comment on Katie’s photo, indicating there was indeed some sort of overlap.

In a post shared in August, Rachel appeared to be wearing her engagement ring.

Emilio’s Instagram, meanwhile, has no trace of his ex, leading some people to suggest online that he scrubbed his account of their relationship.

Everyone involved has stayed silent on the matter. But an anonymous friend of Rachel came forward claiming that Emilio ended the 18-month engagement via text hours before photos of himself and Katie went public.

“Up to this press coming out, Rachel had no idea what was going on,” the friend told The Daily Mail, adding that Katie was likely unaware of the situation. “He is a cheater, and this isn’t a ‘happy ending’ story.”

As for whether that will hold true for Katie, only time will tell…

NHS Coronavirus Contact-Tracing App To Be Launched On September 24